Check here where to park your vehicles, Guwahati Traffic Police has made arrangements for smooth flow of traffic 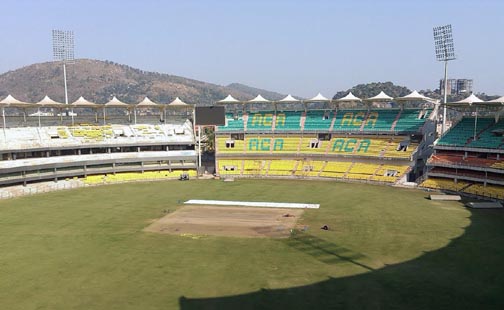 In view of the T-20 International cricket match between India and Sri Lanka to be held at Barsapara Stadium in Guwahati on Sunday, the Guwahati Traffic Police has made special traffic arrangements for the vehicles including two-wheelers.

They can reach via AK Azad Road from Paltanbazar and Ulubari towards Cricket Stadium.

The spectators and other people can reach the stadium via AK Deb Road from GorchukChariali on National Highway 37 towards Cricket Stadium.

They can also reach the stadium via AK Deb Road from Bharalumukh towards Cricket Stadium and via AK Azad road from Lokhra.

Parallel parking will be available from Lalganesh point to Saukuchi (one-side parking).

Parallel parking will also be available in between Cycle Factory point to Barsapara Point (one-side parking).

All types of commercial vehicles will be restricted both on the AK Deb Road and AK Azad Road from 8 am till the match is over.

No entry from Lalaganesh to Barsapara. Only vehicles having passes will be allowed entry.

The following roads have been declared as ‘No Parking Zones’.

The Guwahati Traffic Police has requested the citizens to extend cooperation to the police to make the-20 International cricket match a grand success.

The citizens have been requested to approach the on-duty police officers for any kind of assistance.