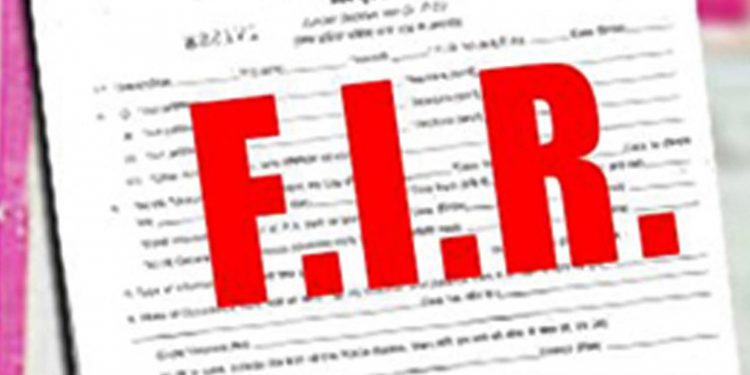 Jorhat Deputy Commissioner Roshni A Korati has filed an FIR against the officials of Gar-Ali branch of Central Bank of India, alleging their involvement in Rs 77.80 lakh fraudulent withdrawal.

In the FIR, the DC alleged that one Dipak Bora, a clerk (under suspension since July last year), in the Jorhat DC’s office during August-September period in 2019 allegedly withdrew the amount.

Bora was suspended by the DC on July 23, 2019, on charges of swindling over Rs 2 lakh deposited by candidates during Panchayat polls in December 2018 as security deposits.

In the FIR, the DC mentioned that Bora forged her and financial and accounts officer (Jorhat) Bandana Devi’s signatures on six cheques, withdrawing money from contingency and consultancy head of the city infrastructure development fund.

Police are looking out for Bora who has flown the coop. The two FIRs have been clubbed together.

Speaking to media persons at the DC’s on Friday, Korati said that the manner in which Bora had illegally withdrawn government money, the involvement of bank officials could not be ruled out.

Pointing out the gross violation of norms and rules in the withdrawals by Bora, the DC said, “The cheques should not have been honoured in the first place as the specimen signature in the said account was of her predecessor Narayan Konwar when the withdrawal was reportedly made.”

“I had intimated the bank for updating the specimen signature to operate the account on September 17, 2019, and the same was done on September 23,” Korati added.

“How could bank authorities pay money against cheques without having the specified signature of the authorised person, which was the previous DC in this case,” Korati questioned.

She further said that the bank authorities in reply to the notice served by the Jorhat district administration had failed to provide the account-linked mobile phone number supposed to be mentioned in the account opening form as per Know Your Customer rules.

“If no mobile phone number was filled up in the account-opening form then how is it that the account was allowed to be functional,” the Deputy Commissioner observed.

She said that whenever there is a transaction in a bank account, especially withdrawal, a message is received in the mobile phone number registered with the bank, which has to be filled up in the account-opening form.

Korati further said when a big amount was being withdrawn by producing cheques shown to be issued by Jorhat DC from the said account in which all earlier transactions were done through NEFT (National Electronic Funds Transfer) and RTGS Real Time Gross Settlement).

“The bank authorities should have verified about the matter with the district administration authorities after receiving cheques for withdrawal of money,” she said.

Korati said the fraudulent withdrawals from the said account came to light last month when she applied for a cheque book to make certain payments for GST and the passbook was updated.

Dipak Bora was under investigation by police on suspicion of being involved in the mysterious fire that broke out in Room No 55 housing the Development branch in first floor of a building (Part of DC office complex) on February 19 last year.

Several important files and computer sets got destroyed in the fire.