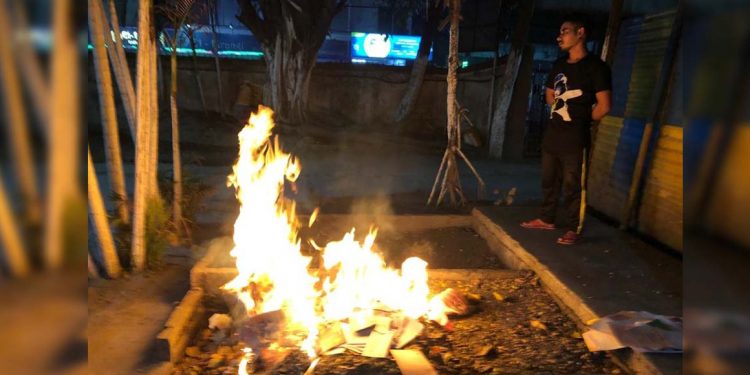 Senior journalists of Assam, Sushanta Talukdar and Pranjit Saikia, lodged an FIR with the Latasil police station against the burning of important papers of Guwahati Press Club.

The documents were burnt by outgoing secretary of the Guwahati Press Club Nava Thakuria at a time when the process is going on to hold the elections of the press club on March 12.

Sushanta Saikia, freelancer and Pranjit Saikia of Dy365 are members of a committee that was formed to run the day to day function of the Guwahati Press Club till the election is held on March 12, 2020.

In the FIR, it has been mentioned that the general body meeting of the Guwahati Press Club held on February 20, 2020 had formed a committee comprising Prashanta J. Baruah, The Assam Tribune; Pranjit Saikia of Dy365, Sushanta Talukdar, freelancer and Sanjib Phukan of Asomiya Pratidin to see the activities of the GPC till he election is over. 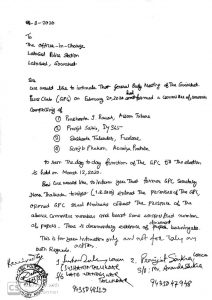 Addressing the officer-in-charge of Latasil PS, the two members of the committee said: “But we would like to inform you that former GPC secretary Nava Thakuria tonight (1.3.2020) entered the premises of the GPC, opened GPC steel almirah without the presence of the above committee members and burnt some unspecified number of papers. There is documentary evidence of document burning also.”

Overall 798 scribes will be voting for electing the new committee of Guwahati Press Club.

Political Editor of Pratidin Time, Nayan Pratim Kumar on Sunday submitted his nomination for the post of treasurer of the Guwahati Press Club on Sunday.