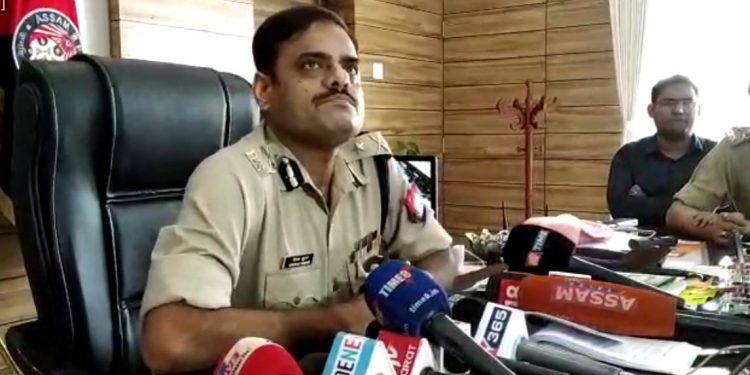 As the law and order situation in Guwahati deteriorated due to massive protests against Citizenship Amendment Bill (CAB), 2019, IPS officer Munna Prasad Gupta has been appointed as the new city police commissioner.

Munna Prasad Gupta, a 1995 batch IPS officer of Assam-Meghalaya cadre, will replace IPS officer Deepak Kumar, who took over charge as the new Commissioner of Police of Guwahati in December last year.

Gupta served as the Inspector General, Special Protection Group (SPG) and his service was extended in the group from February 21, 2018 to September 15, 2019.

Also read: Protests against CAB in Guwahati continue despite curfew

In September 2016, Gupta, who served as DIG, SPG, Cabinet Secretariat, was upgraded to IG rank, SPG.

Due to deteriorating law and order situation, curfew has been clamped in Guwahati.

The Army also carried out a flag march in the city on Thursday morning to tackle the law and order situation.

The Centre sent 5,000 CRPF personnel to Assam on Wednesday.

The Assam government has also kept some army columns as standby to be deployed in other districts if required.

Meanwhile, protests have continued to rock the state on Thursday as thousands of people defied the curfew and took to the streets to protest against CAB.

The CAB was passed in the Rajya Sabha on Wednesday night.