Guwahati may not get to host Indian Premier League T20 matches 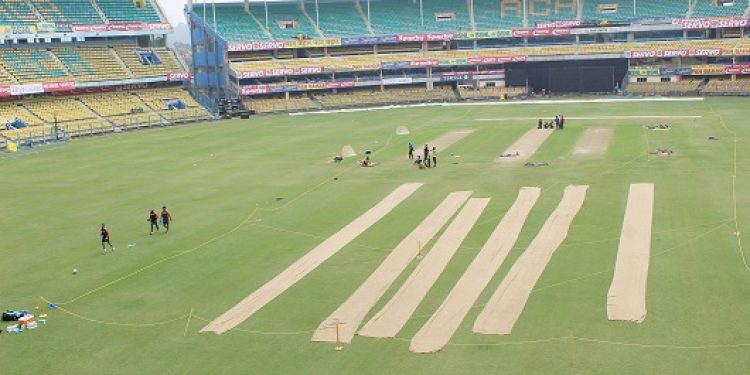 Cricket fans of Assam are anxious – will they get to enjoy IPL matches in Guwahati?

The general feeling is Guwahati may not qualify to host IPL T20 matches at the Barsapara stadium.

The sense of uncertainty has peaked following the disgraceful wash-out of the India-Sri Lanka T20I match on January 5 in Guwahati.

The first T20I match of the India-Sri Lanka series had to be abandoned because of a “school boy error” by the ground staff of the Assam Cricket Association.

Rajasthan Royals co-owner Manoj Bedale had announced on November 6 in Guwahati that the team opted for Barsapara Cricket Stadium as one of their home venues for IPL 2020.

The Rajasthan Royals team wanted to have at least two of its IPL matches in Guwahati.

People would have definitely enjoyed the IPL matches of Rajasthan Royals in Guwahati because local boy Riyan Parag is a star middle-order batsman of the team.

The BCCI Governing Council is likely to take the final decision on the fixture of IPL 2020 during the last week of January.

But, Guwahati’s prospect as a probable venue for IPL 2020 has started to grow fainter.

He has reportedly sent a report to BCCI Governing Council chairman Brijesh Patel on the ground conditions of Barsapara stadium, and the lack of preparedness of the Assam Cricket Association.

As the IPL 2020 is scheduled to get underway on March 29 with the final to take place on May 24, the BCCI will probably not take a chance to host matches in Guwahati.

Starting from beginning of April, Assam and other northeastern states often witness Nor’westers or the Bordoichila, a heavy local rain fall and thunder storm.

And, after the faux pas by the Assam Cricket Association at the last T20I match with Sri Lanka, the fear of the Bordoichila is sure to ruin Guwahati’s prospect for IPL matches.