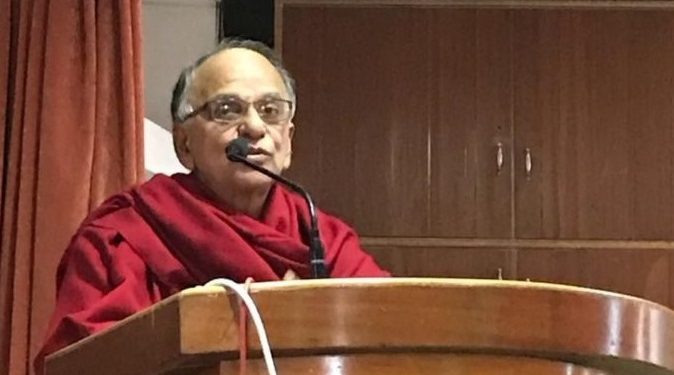 Retired Archbishop Thomas Menamparampil of Guwahati has been awarded ‘Ambassador of Peace’ on Monday.

The Delhi-based International Human Rights Council has announced the award.

The award will be conferred in due solemnity on December 9 next in New Delhi in the presence of invitees from all over the country and abroad.

One of the earlier recipients of the award was the Dalai Lama among many other internationally known figures.

The 83- year-old Archbishop Thomas took office in 1992 as the first Catholic bishop of Guwahati.

Prior to that, he had been the bishop of Dibrugarh for 11 years.

Earlier he was in the field of education, working for many years at Don Bosco Technical School in Shillong and St Anthony’s College, also in Shillong.

Several of his students have emerged as prominent leaders at regional and national levels.

He was drawn into peace initiatives in 1996 when almost two-and-a-half lakh people fled into relief camps around Kokrajhar having lost their dear ones and property.

Fortunately, he says, like-minded people came together to help from different churches and communities.

With the encouragement and support of the State Government and the general public, relief work made progress and an atmosphere for peace was created.

Archbishop Thomas admits that after that experience he was called to help in several other instances of conflict in the region where ethnic violence had taken away several lives, destroyed houses, and caused immense suffering to people, for example to Churachandpur, Haflong, Diphu, Udalguri, Mendipathar, Sarupathar.

He insists that his contribution was small, but those who were working for peace in those contexts have greatly valued his initiatives.

He rejoices that certain measure of peace has come to the Northeast, and hopes it will last.