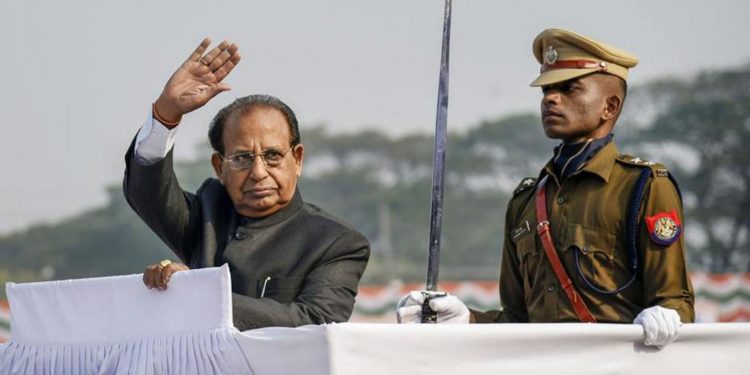 Assam Governor Jagdish Mukhi on Sunday said that the state government is committed to the rights of indigenous people of the state.

Mukhi said that the indigenous people will get Constitutional safeguard after the committee, designated for the purpose, submits its report.

He was speaking after hoisting the Tri-colour at the 71st Republic Day celebrations in Guwahati.

“The Assam government is dedicatedly working for safeguarding the rights and interests of the people of Assam living in Barak-Brahmaputra and hills-plains,” Mukhi added.

“The Assam government is absolutely committed to the rights of the indigenous people of the state and emphasis given on the implementation of Clause 6 of the Assam Accord proves it,” Mukhi reiterated.

“The state government has already urged the Centre to declare Assamese as the permanent state language,” Mukhi further said.

He also informed that the State government has prepared a new land policy which will secure and protect the land rights of the indigenous people of Assam.

He further said that steps have been initiated to seal the Indo-Bangla border.

“This will completely stop illegal immigration,” he said without mentioning anything about the Citizenship (Amendment) Act in his speech.

Mukhi further said the Centre has decided to accord Scheduled Tribe status to six communities of Assam.