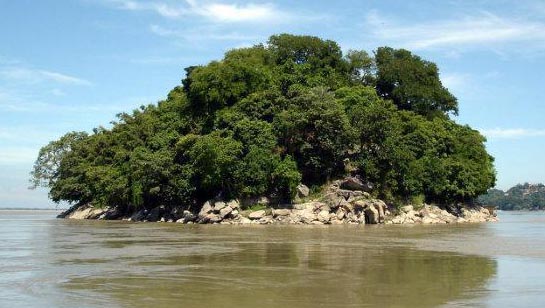 Kamrup (metro) Deputy Commissioner M Angamuthu laid the foundation stone of a tourist rest house at Umananda, on the occasion of Maha Shivratri.

The tourist rest house will be constructed by the Indian Oil Corporation Ltd (Guwahati Refinery) as part of their corporate social responsibility scheme.

The tourist rest house will be built with a cost of Rs 20 lakh and opened to the public within six months, informed an official.

It is also part of district administration’s initiative to develop the tourism prospects of the river island, which attracts tourists for its scenic beauty and an ancient temple.

Angamuthu declared the island a plastic-free zone and said as an alternative, the administration will provide paper bags.

He also directed the Guwahati circle officer, who looks after the Umananda temple, to install dustbins to ensure cleanliness on the island.