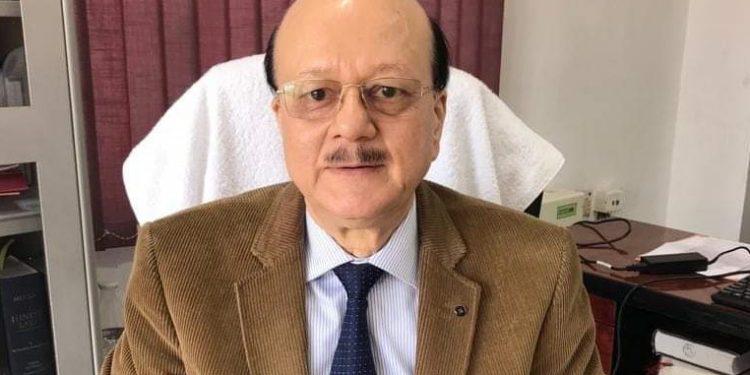 Former judge of Gauhati High Court, Justice Arun Chandra Upadhyay passed away at a private hospital in Guwahati on Tuesday.

He breathed his last at around 3.30 am in the wee hours of Tuesday.

He was 69 years old at the time of his demise.

He is survived by his wife and two daughters and host of relatives.

He was the youngest grandson of freedom fighter and founder president of Assam Pradesh Congress Committee (APCC) and brother of former Tezpur MP Swarup Upadhyay.

Justice Upadhyay joined the bar in 1976.

He practiced mainly in the Gauhati High Court and the district courts in Kamrup.

He was holding the post of secretary, Judicial Department of the Assam government at the time of his appointment as additional judge of the Gauhati High Court in December, 2008.

In 2011, he was appointed permanent judge of Gauhati High Court.

“Its an irreparable loss to the legal and judicial fraternity of Assam. May the departed soul rest in peace,” Dewan added.

He further said, “Justice Upadhyay was a fountain head of knowledge and always a source of inspiration for legal and judicial fratenity with in the community.”

He was a well wisher of Bharatiya Gorkha Parisangh since its inception.

He completed B.Sc from Darrang College, Tezpur and did his LLB from Guwahati.