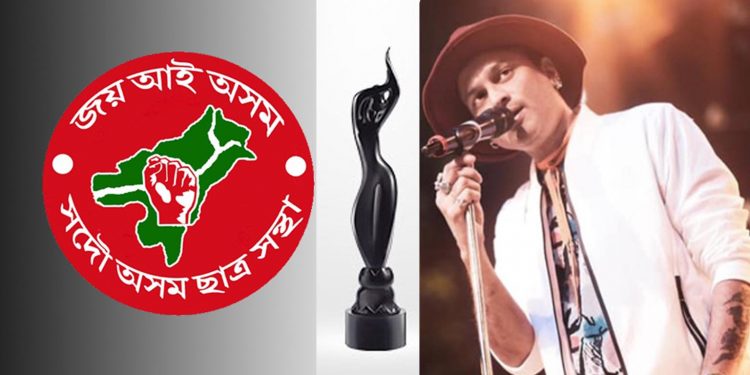 Is the anti-Citizenship (Amendment) Act (CAA) movement fizzling out in Assam?

This question has been doing the rounds of late and several people are asking if there has been some rift between AASU and Zubeen Garg regarding “certain issue” related to the movement?

The questions, which has been shrugged off many times, gained prominence on Saturday when AASU chief adviser Samujjal Bhattacharyya and musician-singer Zubeen Garg shared opposite views on Filmfare Awards 2020, scheduled to be held in Guwahati on February 15.

“The Filmfare Awards in Guwahati is a government attempt to divert the anti-CAA movements across Assam,” said AASU chief adviser Samuhhal Bhattacharyya on Saturday.

He was speaking on the first day of the Kalaguru Sangeet Mahotsav 2020 at Tangla HS playground at Tangla town of Udalguri district.

The mega music festival is being organised by Zubeen Garg with an aim to promote Bishu Prasad Rabha’s songs, music, and ideas among the young generation.

Zubeen Garg, on the contrary, said award shows like Filmfare are “good” for Assam and some artistes opposing it is “uncalled for”.

Every Assamese should be proud of holding such a mega event in Assam, said the music maestro.

While AASU chief adviser said by holding such shows the state government is upholding a “hollow” image of itself, Garg, on the other hand, said Filmfare will help the Assam government generate a “handsome revenue”.

While both Bhattacharyya and Garg said they are not against the artistes from Mumbai, but their opposite stand against the show is surprising.

Zubeen Garg, while speaking out at various anti-CAA rallies, has said a number of times that the protests are not against sports and culture and that sporting and cultural events must be appreciated and attended.

He was also in favour of the Khelo India Youth Games, which was held in Guwahati from January 10 to January 22.

“We will play, we will read, we will sing and dance and we will still protesting against the Citizenship (Amendment) Act,” Zubeen Garg has said in several anti-CAA rallies.

However, it was expected that regarding Filmfare Awards AASU and Zubeen Garg would have been on the same wavelength.

“Zubeen Garg is an artist and he will never oppose something that promotes art and culture,” said a fan of Zubeen Garg while speaking to Northeast Now.

“CAA is a different issue. It should not have been raised in an event like the Kalaguru cultural festival,” he further added.

In his speech, Samujjal Bhattacharyya lashed out at the Assam government for donating Rs 23 lakh for hosting the mega Bollywood award show in Guwahati.

“Filmfare is a private award show and for it, the state government has lakhs of rupees to donate and if required it will donate more. Question is, what did Filmfare do for father of Assamese films Jyoti Prasad Agarwala?” he questioned.