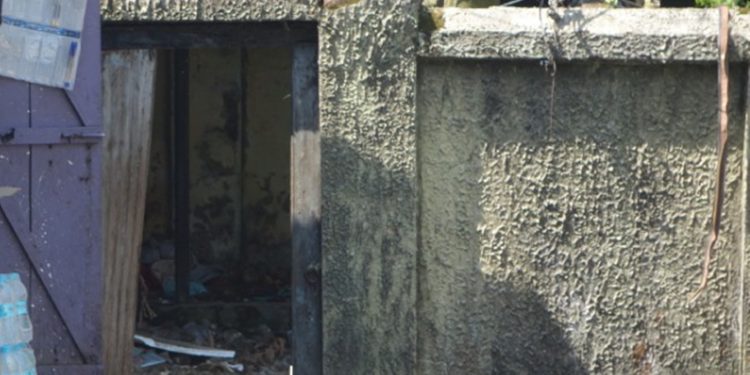 Gate of the house where the illegal liquor business has been allegedly continuing for years. Image: Northeast Now

The excise department in Dibrugarh has begun a crackdown against illicit liquor business.

The business is allegedly thriving opposite to the old Dibrugarh Railway station for the last few years.

“Even though we have raised the issue a number of times, however, no proper action has been taken so far,” said a resident seeking anonymity.

“Apart from the illegal liquor business, gambling and flesh trade racket have also been thriving in the area,” he further said.

“The district administration has not taken concrete steps to check these,” further alleged the local.

The resident further infomred that in several places of Dibrugarh town, illegal liquor is available with ease.