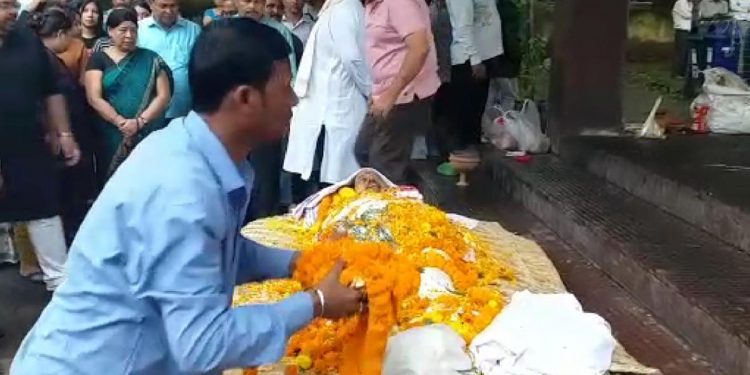 Former Assam DGP Khagen Sarma, who passed away in a Guwahati hospital on Friday, was cremated with full state honour on Saturday.

Sarma’s last rites were performed at Nabagraha crematorium here in the presence of his family members, friends, officials from the police department and other dignitaries.

Sarma led the Special Branch of the Assam Police for over a decade.

The former DGP was credited for bringing many insurgent leaders of the state to the negotiating table.

He had served as superintendent of police (SP) in different districts of the state including Karimganj, North Cachar Hills and Jorhat.

He had also served as Principal of the Police Training College.

Hailing from Makhibaha near Tihu in Nalbari district, Sarma had also served as DIG of Police of the Northern Range before joining the Special Branch as DIG in 1997.