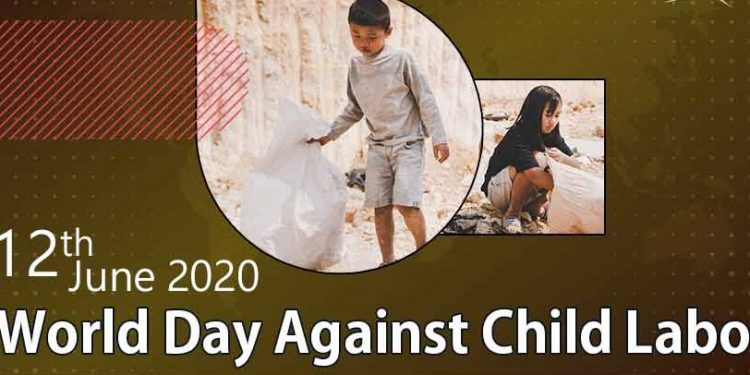 “I am a poor man, never went to school and have spent my life unloading goods from trucks and carts for grocery stores and vegetable markets. I was scared, some day my children will also end up like this, to earn a living. But the street play you all performed has imbibed in me a hope and sense of responsibility. I shall see to it that my children, and children of my fellow labourers, never become victim of child labour.”

These words came as a reward for me, from a daily wage earner at the Pandu Ghat market in the suburbs of Guwahati city, during a campaign against child labour, carried out by Bachpan Bachao Andolan (BBA), in collaboration with the District Child Protection Unit, Kamrup Metro, in June 2019.

In the past, and also following days and months, BBA, in collaboration with Department of Labour, Education, Assam State Legal Services Authority and Social welfare; carried out many awareness programmes on child rights, using folk media like puppetry and street play in some, while simple interactive methods in others, in remote villages and semi-urban localities.

It was observed, no matter how illiterate people are, the message was absorbed well; but sadly lack of timely support from government machinery or ignorance in the community, force many to yet bow down to acute poverty and helplessly see their children as victims of child labour.

The Kailash Satyarthi Children’s Foundation (KSCF) has recently conducted a study titled, ‘Extent of child labour and prosecution of cases under Child Labour (Prohibition and Regulation) Amendment Act, 2016, in India’ to assess government’s efforts towards achieving Sustainable Development Goal 8.7 of eliminating Child Labour by 2025 in the country.

The study is a secondary analysis of data from three successive ‘Crime in India’ reports published by the National Crime Records Bureau (NCRB) from 2016 to 2018 and the Census of India 2011.

As per the study, in more than 10 states which constitute almost 14 per cent of the total child labour population in the country, not even a single child was rescued from situations of forced labour.

Though Assam is not among them, north-eastern states like Mizoram, Sikkim, Tripura, Arunachal Pradesh, Manipur, Nagaland, and Meghalaya are in the list.

But the study saw that in regards to conviction under the CLPRA cases, the situation improved from what it was in 2016 to the conviction rate in 2017, where it rose to 70 per cent but in 2018 again saw a fall to 44 per cent.

Assam, with a total population of 12.7 million children (according to 2011 census) stands at 13th position in terms of the number of child labour in the country, with close to three lakh children engaged as child labourers, in the majority of the districts of the State.

A huge number of them are also trafficked out of the State every year, while others stay back to work in small eateries, motor garage, grocery stores, fish and vegetable markets, or work as domestic helps in households belonging to educated and highly placed people.

The State is not only a source but also a destination for children trafficked from Bihar, Arunachal Pradesh and West Bengal, also to work in agricultural fields and cottage industries.

But, in Assam, a total of only 52 FIRs were seen in the last three years for child labour cases.

It is not that the State Government is not concerned about the plight of children in the State, but what is being done to eradicate child labour or other crimes against children is still not enough.

BBA, in collaboration with District Task Force and also the Labour Department individually in some districts, have been able to rescue many child labourers in the past four years.

In fact, just in the first quarter of the current year, 30 children were rescued from districts like Kamrup metro, Kamrup and Barpeta by BBA in collaboration with the state machinery.

But, is it enough? What next? How effectively are the rehabilitation schemes being implemented?

These remain big questions at the moment.

The Child and Adolescent Labour (Prohibition and Regulation Act), 1986, Amendment 2016 & Rules 2017, very clearly explain what is child labour, what are hazardous and non-hazardous activities where adolescents can be engaged with followed rules, and what are the social, economic and educational rehabilitation schemes for children rescued from child labour.

Also, the State has various schemes under Social Welfare, Labour and Employment and Sarva Siksha Abhiyan (now called Samagra Siksha) for the protection, development and well being of deprived children, and schemes for parents both who can work and those who are disabled.

The State, though, has failed to implement these effectively, or reach out to people in need of these, due to either lack of human resource or lack of interest in persons engaged in the government machinery.

Whether its compensation schemes for victim children, employment and pension schemes for parents, or nutrition and health schemes for infants, children and mothers; or vocational training schemes for women and youth, very few beneficiaries are seen.

The condition of Residential Special Training Centers (RSTC) under Sarva Siksha Abhiyan for poor boys and rescued child labourers, or Kasturba Gandhi Balika Vidyalaya for poor or rescued girls, is very pathetic in some districts; (Have personally visited with the ASCPCR in last three years), the staff always complaining about insufficient funds to maintain the place well. The Department of Labour, Assam has no proper implementation or follow up of National Child LabourProject (NCLP) either.

It is not just raid, rescue and FIRs, but also the effective implementation of welfare and rehabilitation schemes, awareness and follow up, and a strong sense of responsibility among the stakeholders and also the community at large is very essential for eradicating child labour from the Assamese society.

Every individual has to understand that each child here not only belongs to his or her parents but also to the society, community and the state.

BBA is committed to work hand in hand with the State Departments and other NGOs to make Assam child friendly.

Saving the generation next is crucial for a better future of civilization.

To conclude, I will quote our Founder, Nobel Laureate Kailash Satyarthi ji, who always says two things “We have to Globalise Compassion and consider every child important” and “Do your bit”.

He very rightly says, let us all come together in this noble cause for children and at least do our bit to eradicate the menace of child labour and crimes against children from the world we live in.