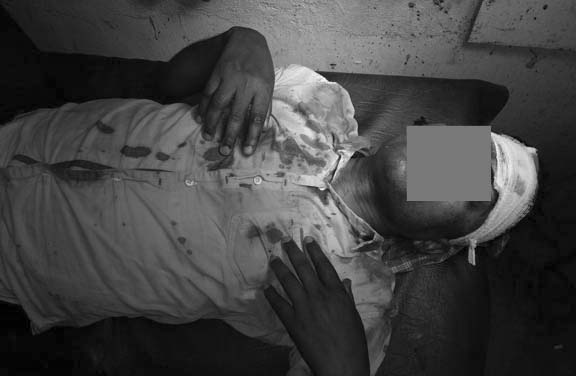 As per information, the 44-year-old UB constable identified as Daya Ravi Das, died in the line of duty after he was hit by a recklessly driven dumper.

Das, who had been in the service of Assam Police for around 19 years, was a resident of Nokari village at Tengakhat in Dibrugarh District.

According to police sources, Das was returning to the police station after performing his duty in Tingrai area while the erring dumper bearing registration No AS23-AC-7312 coming from the opposite direction hit his motorcycle (ASO6 C 4391) in which he had received grievous head injuries.

The injured was immediately rushed to the Digboi Community Health Centre (CHC) for preliminary treatment. But he was immediately shifted to a Dibrugarh-based private nursing home where the doctors declared him brought dead.

The erring driver of the dumper, 21-year-old Dilip Tanti, who hails from Muliabari area in Digboi, has been arrested while the vehicle which belongs to Gopal Biswas of Kalibari area in Digboi has also been brought under police custody.

The body of the deceased was brought to the deceased’s temporary residence in Digboi on Tuesday afternoon after post-mortem.

The deceased, who is known for his friendly virtues, wisdom and laughter, is survived by his school-going son 16-year-old Gyanjyoti Das and wife Dipanjali Das.

“The immature demise of Das has been widely mourned and it has created a vacuum among the departmental colleagues and his well wishers,” said Mahesh Chandra Borah, Police Inspector at Digboi Police Station adding, “We offer our collective heartfelt condolences for the departed soul.”