The Union Cabinet, chaired by Prime Minister Narendra Modi, cleared the bill soon after a Joint Parliamentary Committee (JPC) presented its report in the Lok Sabha 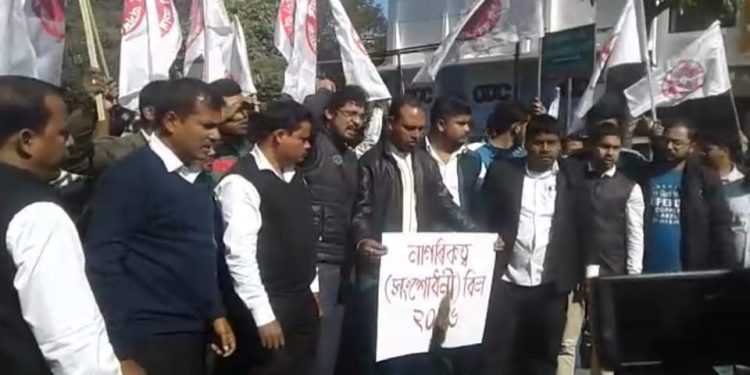 Amidst protest against controversial Citizenship (Amendment) Bill 2016 across Assam, the Union Cabinet on Monday approved the controversial Bill 2016 that seeks to give citizenship to illegal non-Muslim migrants from Bangladesh, Pakistan and Afghanistan.

The Union Cabinet, chaired by Prime Minister Narendra Modi, cleared the bill soon after a Joint Parliamentary Committee (JPC) presented its report in the Lok Sabha endorsing the move to legalize minority immigrants who entered Assam till December 31, 2014.

The JPC asked the government to tread with caution in view of the matter being sub judice and take all legal steps, lest it causes embarrassment at a later stage.

The amendment bill is likely to be tabled in Lok Sabha on Tuesday.

The Asom Gana Parishad (AGP) pulled out of the BJP-led government in Assam over the latter’s decision to go ahead with the Citizenship Bill. Assam and other Northeastern states are witnessing protests against the Bill.

As many as eight MPs in the 30-member parliamentary Committee, headed by Rajendra Agarwal of the BJP, have appended their notes of dissent to the report of the JPC that was tabled in Parliament on Monday saying the provisions of the Bill went against the spirit of the Assam Accord and will accentuate divisions and discontent among the people of the state.