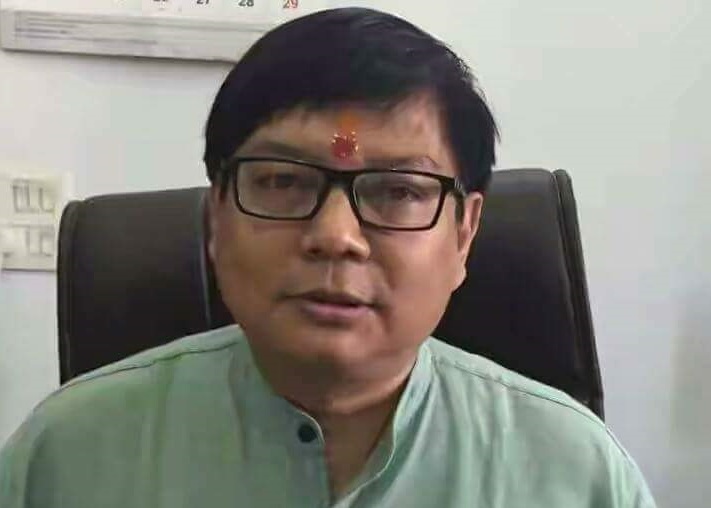 Leader of Opposition of Assam Legislative Assembly, Debabrata Saikia has written to the chairman of Rajya Sabha to arrange for expunge from the proceedings of the House of the given day a recent remark made by Vinay P Sahasrabuddhe.

Saikia also urged the chairman of the Upper House to direct Sahasrabuddhe to apologize to the people of Assam and Majuli in particular for his untrue remark.

Sahasrabuddhe stated inter alia that Majuli island of Assam is inhabited only by illegal migrants and that no one who lives on the island is an original inhabitant of Assam.

“This is a travesty of the truth. In reality, Majuli has been the seat of Vaishnavite culture in Assam for several centuries and is the repository of Assamese arts and culture. It boasts of 22 Satras or Vaishnavite monasteries which attract not only domestic pilgrims but foreign tourists as well,” Saikia said in his letter to the chairman of Rajya Sabha.

“Out of a total population of 1.67 lakh, 99.04 per cent profess the Hindu faith. Moreover, various aboriginal tribes constitute 46.4 of the island’s population and hence, the Majuli Legislative Assembly Constituency is reserved for the Scheduled Tribes, a factor which enabled the incumbent chief minister of Assam, Sarbananda Sonowal to contest and win from that LAC,” Saikia said.

He said the calumny heaped on Majuli by Sahasrabuddhe in the august floor of the House of Elders, and that too in utter disregard of the truth, has caused immense anguish to the people of Assam.

“Such a highly objectionable aspersion upon the residents of Majuli was not expected from a Parliamentarian who professes to be a champion of Hindu pride and interests,” Saikia said.

“I would, therefore, like to request you kindly to have the offending remarks about Majuli expunged from the proceedings of the House of the given day. I trust you will be kind enough to expunge the said remarks and, thereby, assuage the outraged sentiments of the people of Assam,” he said in his letter.