Assam medical colleges currently produce 750 medical graduates which will be increased up to 2,300 soon: Pijush Hazarika

The new hospital has been constructed with an expenditure of Rs 5 crore.

Speaking on the occasion, chief minister Sonowal said the Assam government is taking all necessary steps for ensuring affordable health care in all remote areas of the state.

He said the model hospital is a new edition which would significantly help the people of Majuli and the adjoining districts.

The chief minister informed that already doctors, nurses and technical staff have been appointed in the hospital.

He also appreciated health minister Himanta Biswa Sarma, mister of state for health Pijush Hazarika and officials of the health department for their initiatives to ensure affordable and accessible health care services in Majuli.

Minister Hazarika said that the state will see a sea change in the health sector in the next few years. 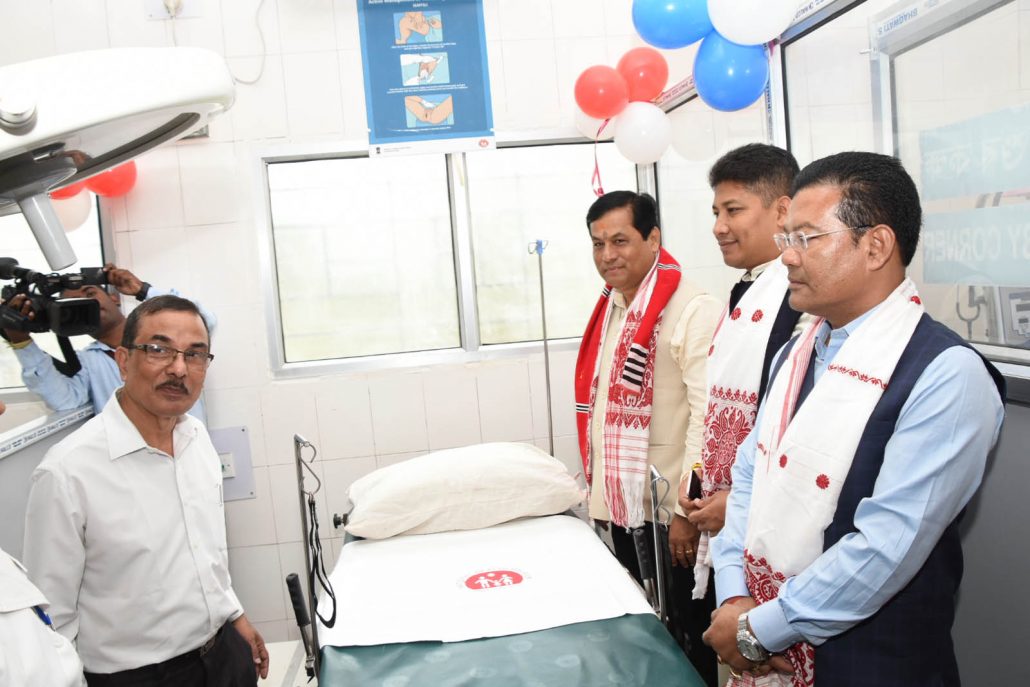 Hazarika said the seat capacity for studies in Assam’s medical colleges will be increased manifold.

He stated that presently the state medical colleges produce 750 medical graduates but due to steps taken by the government, the number will soon increase up to 2,300.

Hazarika said academic session at Diphu and Lakhimpur Medical Colleges will start from next year.

Principal secretary to the health department Sameer Sinha in his speech informed that upgrading of Garamur Civil Hospital to a 200-bedded district hospital is presently underway and around 30 pc of work has been completed.

Coinciding the occasion, chief minister Sonowal distributed sanction letters to the beneficiaries for different items provided by the WPTBC department.