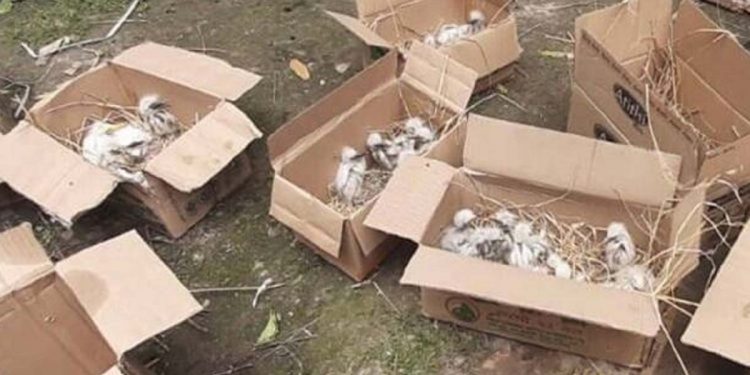 The Udalguri district committee of the Aranya Suraksha Samiti, Assam has cricised the inhuman treatment to innocent birds by the Tangla Municipal Board and condemned its action that resulted in the death of hundreds of cattle egrets.

The Udalguri district committee of the nature protection body reacted strongly against the municipal board’s action in a press release issued on Sunday by Sarat Barua and RR Sapkota, president and secretary respectively.

The Tangla Municipal Board issued an order and acted against the innocent cattle egrets which were taking shelter in bamboo groves at Jalukbari in Tangla under Tangla police station recently.

The TMB action evoked widespread anger and resentment among the nature lovers in the state.

Meanwhile, the nature organisation has hailed the investigation into the case as directed by chief minister Himanta Biswa Sarma and hoped that the outcome of the investigation would be an eye opener to all those, who act against conservation of forest life.

A total of 88 chicks of cattle egrets were rescued and sent to CWRC, Kaziranga for rehabilitation by the forest department and a show-cause was served under Epidemic Diseases Act 1897 and COVID Regulations 2020 for spreading misinformation and creating fear among locals regarding spread of COVID19.

The deputy commissioner of Udalguri district visited the spot immediately and took stock of the situation.

It was learnt that the TMB authority served notice to the owner of the land asking him to clear the bamboo grove, terming the grove to be unhygienic spot during the pandemic period.

But the owner didn’t respond to it as a result of which the chairman of the authority directed it’s employees to clear the area overlooking the cattle egrets taking shelter there.