Covid-19 pandemic has led to a spike in authoritarian behavior by governments: Scholars 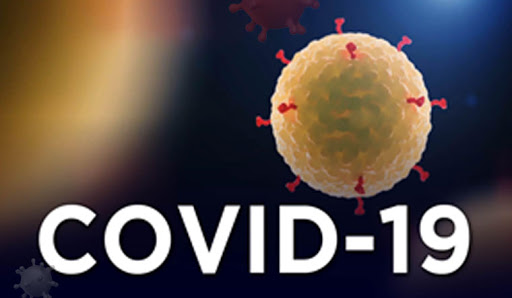 With the Covid-19 shows no signs of abating, scholars and activists from South Asian countries feel, the pandemic has led to a spike in authoritarian behavior by governments in the region.

Ammar Ali Jan, a renowned historian from Pakistan said the gravest crises of Covid-19 which has been exacerbated in Pakistan is primarily due to the economic
disparities in society, the authoritarian structure of the state and the incompetence of the current government.

He pointed out that the Pakistani government has attacked workers, arrested students and forced doctors to go on an unprecedented hunger strike.

“While the situation exposes the fault lines in the country’s political economy, it also makes the task of imagining an alternative future an urgent necessity,” said Jan, who teaches at Forman Christian College in Lahore.

Afghan scholar Mirwais Parsa informed that the people of Afghanistan are facing the catastrophic and extreme consequences of coronavirus due to a variety of reasons unique to Afghanistan.

The ongoing conflict and its interaction with COVID-19, the return of unexpectedly high number of Afghan refugees from the neighboring countries that have been the epicenters of Covid-19 and the deficient healthcare capacity in Afghanistan have made the situation in the country more critical.

“Against these backdrops, the prospects for the normalcy of economic and social life do not seem promising in Afghanistan, at least for the immediate future,” Parsa mentioned.

Parsa is a research scholar at South Asian University in New Delhi.

Nalini Ratnarajah, a human rights defender from Sri Lanka, said that the democracy in the country is infected by Covid-19 as the epidemic has been attempted to be handled militarily.

She pointed out that the President’s task force on Covid-19 is led by former military commander which also controls the health sector.

“The struggling economy is going towards a crisis with a recorded depreciation and the mainstream media has indulged in promoting hate against the Muslims,” she added.

Reflecting on the Nepal situation, scholar Padma Prasad Khatiwada, said the country which has been under complete lockdown since April 30, has witnessed severe restrictions on mobility.

“This can push more people to poverty, hunger and malnutrition,” said the Tribhuvan University teacher.

The session was presided over by social scientist   Akhil Ranjan Dutta, who is also head, department of political science, Gauhati University.

Dutta, in his initial remarks, pointed out that the growing control over national economies by private and corporate forces and the dismantling of public healthcare institutions under neo-liberal orthodoxies failed the governments across the South Asian region to address the challenges emanated from Covid-19.

“Closure of borders across countries, regions and provinces as a strategy to check the spread of virus is contributing towards obsession with multiple identities- from nationalism to provincialism and beyond,” he said.

Dutta apprehends that freedom may be the casualty in the long run if the tendencies of concentration of power under different laws related to epidemics and disaster management persists for long.

The webinar was also addressed by Manoranjan Mohanty (University of Delhi) and Beatriz Bissio (Federal University of Rio de Jenerio, Brazil) and was attended by Bidyut Mohanty (Institute of Social Sciences, Delhi) and Netra Timsina (Regional Coordinator, SAAPE, Nepal) among others.