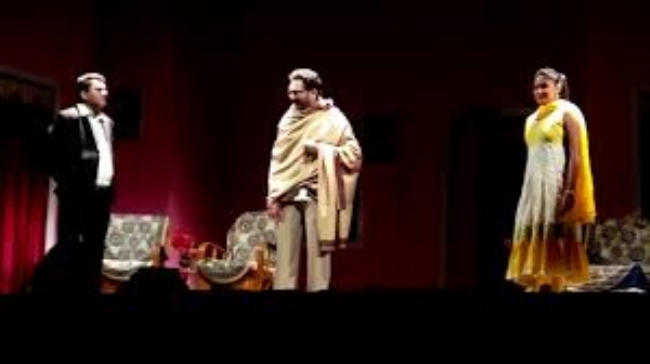 The world is virtually in the grip of morbid death fear as a disastrous consequence of ‘COVID-19 pandemic’ that has taken countless human lives, so far, with more people falling into its vicious trap.

Possibly, for the first time, scientists, researchers appear perplexed by the advent of a virus that goes on, relentlessly, ransacking age-old avenues of human earnings, desecrating multiple sources of human entertainment besides engulfing millions into its deadly fold.

Agonizingly, in contrast to numerous path-breaking developments dating back to different centuries that have enriched human civilization, the impact of ‘COVID-19’ has been demonic and regressive across the world.

Closer home, a casual look reveals disturbingly the extent of damage caused to Assam’s unique mobile theatre groups in view of the prohibition of mass gatherings due to coronavirus outbreak.

Consequently, the iconic theatre groups, an embodiment of Assam’s rich cultural heritage, are passing through a bleak, torrid time financially and commercially, first time ever, in its glorious history spanning over sixty years.

It needs no reiteration that the highly professional mobile theatre groups have always been a prolific source of entertainment to the connoisseurs of dramas in the length and breadth of Brahmputra valley. 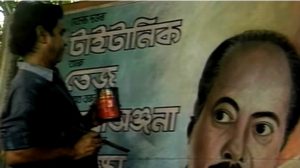 The gradual ascendency of the mobile theatre groups from the 70s onwards had culminated into producing a number of breath-taking,  stupendous plays on stage ranging from, ‘Miri Jiyonri’,  ‘Mahabharat’,   Shakespeare’s ‘Othello’  to Hemanta Dutta’s magnificent ‘Titanic’ and the recent blockbusters like ‘Mulagabharu or ‘ Mirabai, to name a few.

These theatre groups have always been a significant earning source, means of livelihood, for the entire gamut ranging from the actors, singers, dancers, directors, musicians, producers, action artists, makeup artists, to the ordinary workers responsible for erecting tents etc for the last six decades.

The pandemic, needless to say, threatens to break the financial backbone of the theatre groups in addition to weakening financial stability of a wide range of passionately involved stakeholders.

Further, the future appears bleak for public performance on stage.

Superb blending of artistic brilliance with refined entertainment saw the Assamese film world reaching a rare degree of perfection and unprecedented commercial success in the year 2018-19 with a number of superlative movies overwhelming the aficionados.

If the splendidly directed ‘Village Rock Stars’ with its aesthetic excellence had created a flutter across India and was promptly nominated for ‘Oscar’ with Rima Das becoming a household name , Jatin Bora’s highly entertaining  ‘Ratnakar’ had been a run-away success in box office,  a virtual chartbuster, creating an unprecedented wave and craze among cine-goers.

‘Mission China’ and ‘Kanchanjhanga’ were run away super-duper movies that pulverized  Zubeen’s Garg’s countless admirers by his elegant screen presence as well as his mellifluous voice . 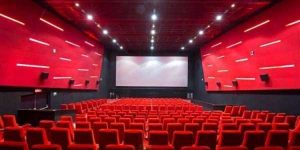 Ironically,   as a remarkable anti-climax to such heartening developments, the cinema halls today have the silence of a graveyard.

Assam’s financial growth and stability can be appreciated by the fact the state’s vehicular population which was around five lakhs in 2001 rose overwhelmingly to 15,28,269 in 2011 and by 2018 the figures have crossed beyond twenty lakhs!

Guwahati’s  Lokapriya Gopinath Bordoloi International Airport has reported a growth of 31 per cent in passenger movement in the year 2017 which is higher than many Indian cities like Lucknow, Kanpur etc.

Restaurants and eateries are other casualties to the dreaded coronavirus.

The burgeoning growth of restaurants and jaunts from internationally acclaimed  ‘Dominos’, KFC, etc  to our own iconic ‘Paradise’ restaurant serving a wide variety of food from continental, western to traditional Assamese cuisine etc showcase rich tastes of food-loving people of Assam besides highlighting their buoyant, cheerful nature.

The fate of these eateries together with huge manpower associated with the hospitality industry lies buried in the unforeseen future.

On a lighter vein, coronavirus threatens to wipe out and eradicate the perennial human desire to remain healthy, glowing, and handsome.

Mankind, in general, looks cadaverous with their masks on. !!!!!

Ganguly is a retired ACS officer who is a sports and cultural enthusiast. He can be reached at: [email protected]