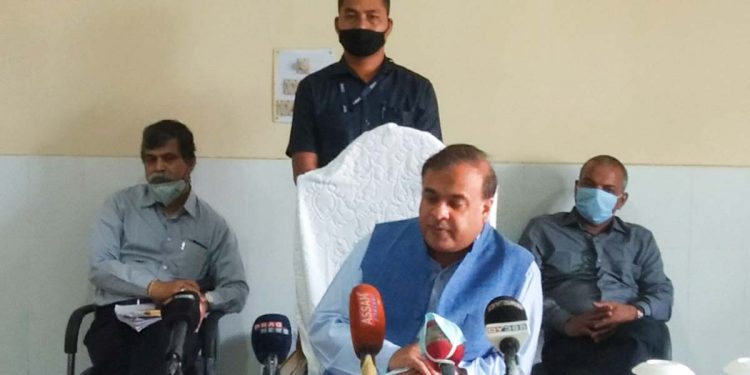 The Assam government would give special attention to conduct tests for coronavirus in the districts along West Bengal as the cases are rising in the neighbouring state.

“Our special emphasis is on Dhubri and Kokrajhar districts along West Bengal. From Sunday, random tests of swab samples of 150 people would be conducted in Dhubri district,” Assam health minister Himanta Biswa Sarma told reporters in Guwahati on Friday.

“Special surveillance activities would also be conducted in the two districts. Further steps will be taken after the test results,” Sarma told media.

He said that with a 62-year-old man testing positive for coronavirus on Thursday, the total number of positive cases in Dhubri district has risen to five.

Sarma said as per the guidelines of the Indian Council of Medical Research, swab samples of five people would be done together to speed up testing in Dhubri district.

Dhubri is one of the five hotspot districts in Assam with clusters or orange zones.

The other four districts are Golaghat, Marigaon, Nalbari and Goalpara.

Sarma said that following the guidelines of the ICMR, health officials from Thursday have started rapid antibody tests for coronavirus in select places in Guwahati.

He said that a total of 6,459 samples, including those from Meghalaya and Mizoram, have been tested at six laboratories in the state.