The arrest of John Pathori, sub-inspector, Hatigaon police station in Guwahati along with two other cops has unearthed the alleged link of the illicit counterfeit currency and fake gold trade of Lakhimpur’s infamous Bangalmara with Assam Police.

John Pathori was posted as inspector-in-charge of Bangalmora Police Outpost in Lakhimpur earlier where the entire illicit activities were going on.

It has been a well-known fact that the police in that area run this illicit trade by engaging some local petty criminals who trap some greedy customers coming from far-away places to buy counterfeit currencies and fake gold.

The Bangalmora area under Nowboicha LAC of Lakhimpur district is predominantly inhabited by religious minority community who are very backward socially leading to criminal activities.

Taking advantage of their crime and their social distance from the mainstream the police use the criminals to run the illicit activities for their own money making.

In reality, however, there is no such counterfeit and fake gold industry in that area for which so many customers have been lured.

Under the protection of the police the criminals invite the customers to this area to sale counterfeit notes and fake gold.

The customers are demonstrated the machines printing counterfeit notes which are actually ordinary hand-made boxes where some original notes are kept inside.

These demonstrations convince the customers and they pay huge amounts of cash to make them double.

The sellers then take the cash and vanish from the spot leaving the buyers duped and stranded in an unknown locality. 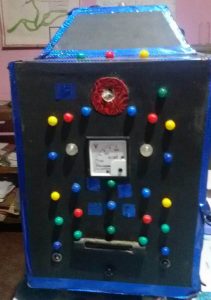 The duped customers could not go to police since it is an illicit activity or on some occasions if they do so they are framed by the police.

This is the formula which has been going on repeatedly in Bangalmora area for a long period of time.

Occasionally the police make some arrests and recover some machines of printing counterfeit notes or artefacts of fake gold in the greater Bangalmora area.

But there are some dreaded criminals like Abu Sayed, Abdul Razzak, Nabiul, Zakir who are still very active and are protected by the police.

For more than 15 years this illicit business has been active in this region where the police under Bihpuria and Laluk Police station and Bangalmora, Harmutty, Banderdewa and Dolahat outposts have not taken any measures to eradicate this.

The local public alleged that the police have been running this illicit trade in Bangalmora.