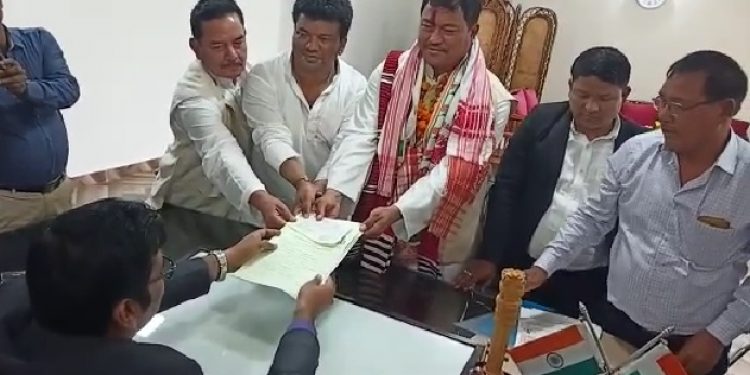 Anil Borgohain is the first Congress candidate to file nomination papers in the state for the ensuing Lok Sabha polls.

It may be mentioned that the Congress on Monday announced his candidature for the 14 Lakhimpur HPC.