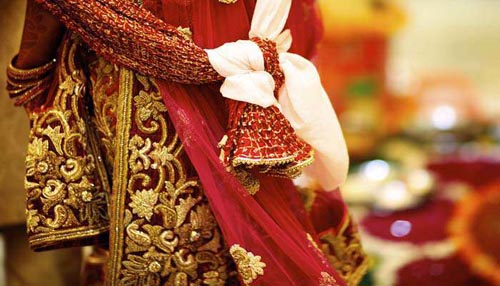 Chief Minister’s and Governor’s of four Northeastern states will attend the Madhavpur-Ghed village fair on March 25.

Chief Ministers and Governors of Arunachal Pradesh, Manipur, Tripura, and Assam are expected to participate in the event.

The village which is 59km from Porbandar is the venue for the Madhavpur-Ghed village fair which will commemorate a mythical wedding testifying to the timeless links between the Northeast and the rest of India.

Gujarat Government’s hosting of this event is inspired by the Centre’s mission to strengthen cultural ties between Northeast and rest of the country.

During the campaign for the 2014 Lok Sabha elections, Narendra Modi had said at a rally in Pasighat in Arunachal Pradesh that members of the Adi tribe who bear the name ‘Modi’ may be related to the Modi’s of Gujarat. He stressed that Lord Krishna of Dwarka had married princess Rukmini of Arunachal Pradesh.

The event will include a classical dance recital by Sonal Mansingh and performance by 492 artists from west, northeast, and north of India. The state Tourism Department has said that 200 stalls will be set up during the fair.

PM Modi was scheduled to attend the event, but last-minute engagements made him change the plan. Defence Minister Nirmala Sitharaman and MoS Home Kiren Rijiju will attend the event.

“Rukminiji belonged to the Idu Mishmi community of Arunachal Pradesh,” Rijiju told TOI. “She lived in what was known as Mishwaknagar. Lord Krishna brought her to Madhavpur-Ghed and married her.” Rijiju said the episode will be recreated at the fair.

Legend has it that Rukmini’s father, King Bhismaka, wanted her to marry Shishupala, the King of Chedi, which lay roughly where Madhya Pradesh is now. His instruction was against her wishes. Shishupala was Ravana in his previous birth. Lord Krishna rescued Rukmini and brought her to Madhavpur-Ghed.

Gujarat’s Principal Secretary of Sports and Culture Department, VP Patel, said, “Our objective is to promote Gujarat’s cultural ties with the northeast. The Centre has proposed that the annual Madhavpur-Ghed fair be celebrated as a national event.”

Narottam Palan, a member of Gujarati Sahitya Parishad and scholar of mythologies, said, “A 500-year-old folk song — sung even today — recounts how Madhavpur and surrounding villages accepted Rukmini as their daughter.”