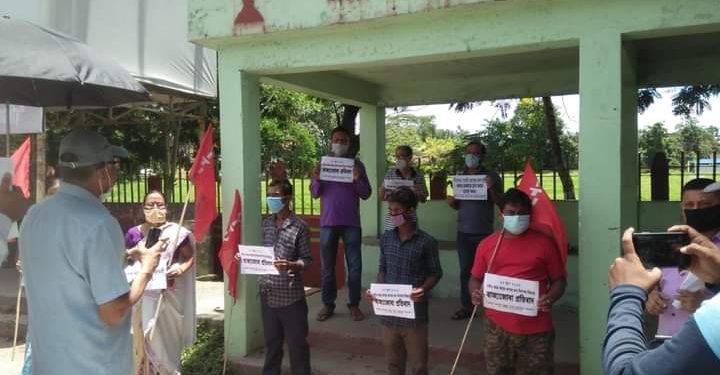 Activists of the Centre of Indian Trade Unions (CITU) on Saturday  staged a demonstration in Dibrugarh in protest against the Centre’s decision to auction the two defunct paper mills under the Hindustan Paper Corporation (HPC) in the state.

The activists sought the intervention of Prime Minister Nadendra Modi, urging him to withdraw the auction notice issued by the official liquidator to auction the Nagaon Paper Mill and Cachar Paper Mill.

The liquidator has notified that an e-auction will be held on June 30.

In May 2019, the National Company Law Tribunal (NCLT) in New Delhi had ordered the liquidation of the two paper mills

“We want to remind the BJP about the promise made by Union home minister Amit Shah during his election campaigns at Sarbhog in Barpeta on April 4. Shah had promised that his government will not only revive the two paper mills, but also augment paper production Assam,” said a CITU leader.

Over 2,500 employees of both the mills have not received salaries for over four years.

Recently, the Joint Action Committee of Recognized Unions (JACRU) alleged that 88 poverty stricken employees of the two mills have died being unable to afford medical treatment, while four of have committed suicide.