Central and Assam government failed to control flood in Assam, no relief to the people, says CPM 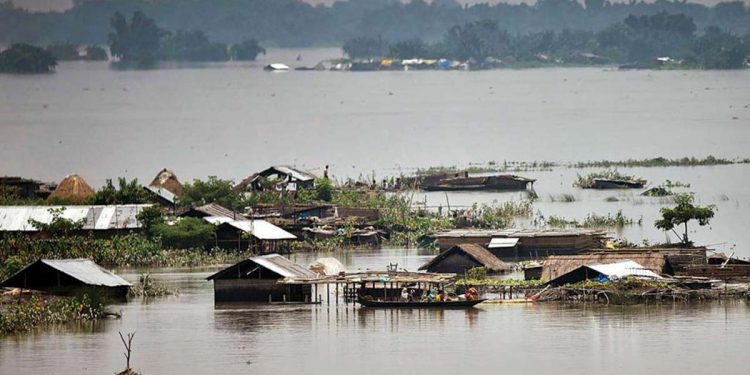 The politburo of the Communist Party (CPI-M) on Monday vehemently criticised both central and Assam government over the flood situation in the state.

“In this devastating floods in Assam, both Central and State BJP governments failed to provide relief,” the left party said.

The third wave of floods, in Assam, a more devastating one, has seriously affected the life and livelihood of more than 35 lakh people. Already 84 people have lost their lives.

More than 3000 villages of 24 districts are damaged by land erosion by the mighty Brahmaputra, Barak and their tributaries.

The flood has damaged 1.27 lakh hectares of cropped area and loss of innumerable livestock. Thousands of bridges, embankments, dwelling houses and public properties are washed off.

“The BJP led Assam state government miserably failed, during all these years, to repair the embankments, most of which have outlived their lifespan. In most of the relief of the place has not reached…Till now the central government has neither announced any relief package nor sent any central team to assess the extent of damage,” the politburo said in a statement.

The politburo demands that adequate relief and rehabilitation be ensured for each family. The perennial flood problem of Assam must be recognized as a national problem and adequate funds be released in this regard.

On Sunday Prime Minister Narendra Modi during a telephonic conversation with Assam Chief Minister Sarbananda Sonowal discussed the prevailing situation of the state that emerged following a devastating flood.

Modi also assured Sonowal of providing all support from the central government.