Centenary celebrations of Mangaldai Bar association to start from February 24 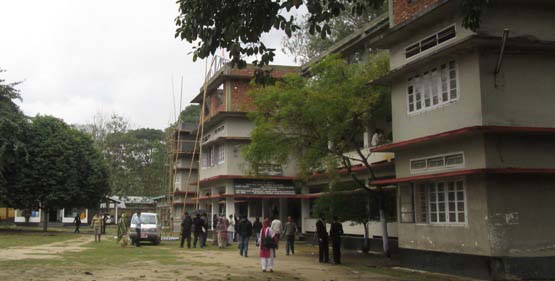 The closing ceremony of the Mangaldai Bar association will be held on February 24, at Mangaldai court camp.

The three-day function which will commence from Saturday, will see flag hoisting by the President of Mangaldai Bar Association Madhab Rajbongshi.

This will be followed by ‘Smriti Tarpan’ function where tribute will be paid to the departed souls of the lawyers and felicitation of their families. Senior octogenarian member of the association Govinda Ram Barua will first pay the tribute.

A cultural rally will be taken out through the town which senior Lawyer Laksmi Kanta Saikia will flag off. The celebration will also feature variety of other programmes like ‘Sadvabhana Bonti Projjalan’, community cleanliness drive , plantation, seminar on the topic – ‘The Constitution of India has played the key role as pioneer  to keep up the unity in diversity.”

In the open session on February 26 , the closing day , Chief Minister Sarbananda Sonowal is set to attend as the chief guest.

As part of  year-long celebrations the association had also organized a  State level debate contest among the different Lawyers’ bodies  and sports meet among the members of the Mangaldai Bar Association. The Bar association which began with only six members in 1916 now has a volume of more than four hundred  members .