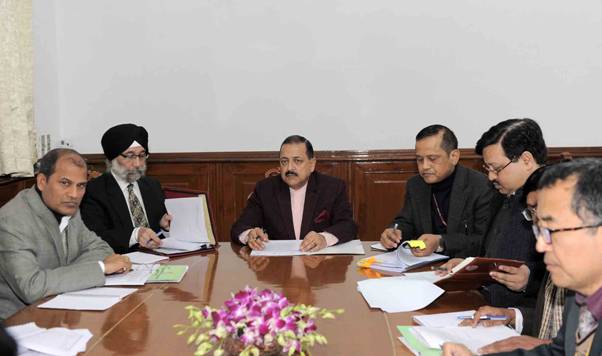 A review meeting of the DoNER ministry that was chaired by DoNER minister Jitendra Singh. (File image)

The British Council will soon sign a memorandum of understanding (MoU) with North Eastern Council (NEC) to promote the education sector in the northeastern states.

This was announced during a meeting held between DoNER minister Jitendra Singh and British government representatives via video conference.

Minister Singh welcomed the British Council proposal for collaboration in the Education Sector for teaching science and mathematics in all the northeastern states.

The Council also expressed willingness to work with universities and tech institutes of the region, mainly IIT Guwahati.

Singh has invited the British Government and the private sector for exploiting huge business potential in Northeast.

“India and the UK, the two vibrant democracies enjoy a mutually rewarding business relationship and can work together in exploring and exploiting new opportunities in the northeastern region,” he said.

The new paradigms will emerge post-COVID, with a potential for new breakthroughs in economy, trade, scientific research and several other diverse areas in the N-E region and it will be a win-win proposition for both India and the UK, said Singh.

British officials have highly appreciated the handicrafts, fruits, vegetables and spices in the Northeastern states and expressed their willingness to brand them and sell the same in the global market.

They said that Britain is a pioneer in Agri-Tech and could explore setting up cold chains in the region on the lines of what they did in Haryana for processing of food products.