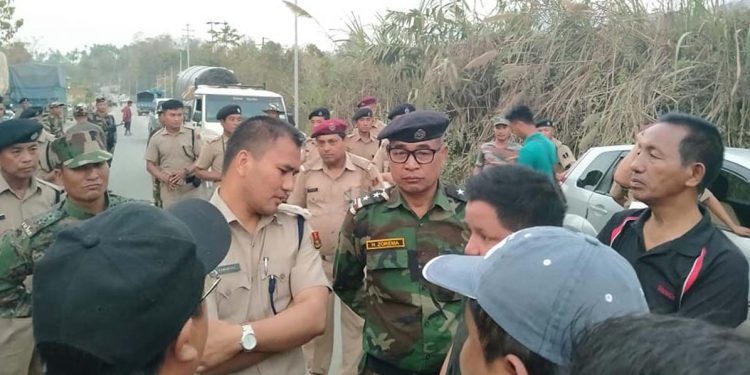 Mizoram BJP has written to chief minister Zoramthanga urging him to resolve the boundary disputes with neighbouring Assam and Tripura.

In its letter, the Mizoram BJP said the Centre is keen on solving the boundary disputes among the northeastern states.

It said Union home minister Amit Shah has instructed all the northeastern states at least on two occasions to resolve the inter-state border disputes through bilateral dialogues.

The party said the Mizo National Front (MNF), headed by Zoramthanga, which is a part of the BJP-led North East Democratic Alliance (NEDA), must find an opportunity to resolve the border disputes with Assam and Tripura at a time when the BJP is in power at the Centre and in the two neighbouring states.

The Mizoram BJP said the border dispute with Assam resulted in bloodshed and may result in loss of lives if not immediately resolved.

Earlier, top leaders of Mizoram Presbyterian Church, the largest denomination in the state, also urged Zoramthanga to take measures to resolve the border disputes with the neighbouring states.

Mizoram shares about 164.6 km long inter-state boundary with Assam and about 66 km with Tripura.

The border dispute between Mizoram and Assam is a long pending issue, which has remained unresolved till date.

Several talks held since 1995 to resolve the border dispute is yet to yield any result.

The last border standoff took place on June 5 when unidentified people torched two abandoned farmhouses in the area claimed by both states.