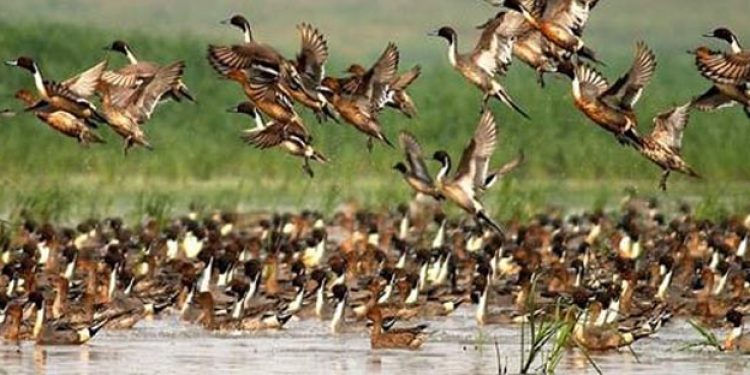 The authorities of Kaziranga National Park (KNP) has started census for aquatic birds in the national park.

The two-day census will consider aquatic fauna, basically birds, in the national park, said an official of the park.

Several ornithologists and volunteers are taking part in the census, which is being carried out in all the five ranges from Friday.

According to KNP officials, the number of aquatic birds is expected to be 12,000. Last year, the park recorded a total of 11,500 birds.

The park has 25 globally threatened and 21 near-threatened species of birds.

Some rare species of geese and ducks are seen in the park. Some other rare waterbirds usually seen are Blyth’s kingfisher, white-bellied heron, Dalmatian pelican, spot-billed pelican, spotted greenshank and black-bellied tern.

Some rare migratory storks and cranes have been traced in the park.