Bhupesh Baghel said that since prices of petrol and diesel went up, photos of PM Modi have 'disappeared' from fuel stations. 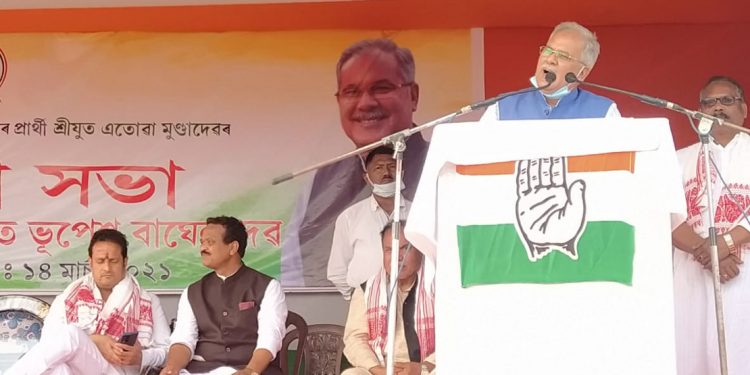 Chhattisgarh Chief Minister and senior Congress leader Bhupesh Baghel is continuing with his scatting attack on Assam Chief Minister Sarbananda Sonowal ahead of the Assembly elections in the State.

Bhupesh Baghel, Congress’ observer for the Assam Assembly elections, has reiterated his allegations of CM Sarbananda Sonowal operating ‘syndicates’ in the State.

It may be mentioned here that PM Narendra Modi on several occasions, has stated: “Assam me Ananda (Fun in Assam) = Sarbananda.”

Further taking a dig at the Prime Minister Narendra Modi, Bhupesh Baghel said that since the prices of petrol and diesel went up, pictures of PM Modi have ‘disappeared’ from the fuel stations.

“Since the prices of GDP (Gas-Diesel-Petrol) has gone up, photos of Narendra Modi have disappeared from the fuel stations,” said Bhupesh Baghel.