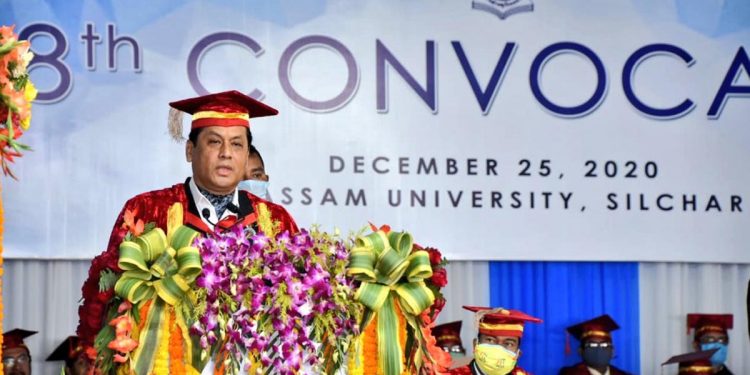 Dutta Roy, now a leading advocate at Gauhati High Court, said in his statement that Sonowal’s statement was “the very opposite of reality”.

“During the Assam Agitation, students from Barak Valley suffered untold harassment, intimidation and humiliation when they would go to Guwahati for higher study. That is why ACKSA, after its inception in 1983, fought for a decade to get a Central university in Barak Valley,” said Dutta Roy.

He said BJP MP Rajdeep Roy should have protested Sonowal’s statement at the convocation because his father Bimalanghshu Roy played an active role in the ACKSA movement for a central university in the Barak Valley.

“But neither he nor other BJP MLAs, who know the genesis of our central university, did raise their voice against the chief minister’s statement,” Dutta Roy said.

“The chief minister may have been misguided but local BJP leaders know the truth. They should not have taken this lying down.”