On Tuesday, Rima Das also participated in a discussion about her film with students and Professor Dr.Nathaniel Kohn of The University of Georgia, moderated and organized by Uma Da Cunha at Indian Pavilion in Cannes. 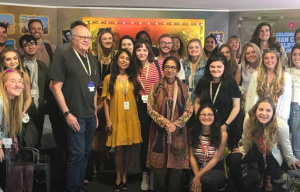 She also participated in a Cinema from different states in India panel discussion.

Village Rockstars was handpicked along with four other regional films to be screened at the prestigious Cannes film festival, this year.

Over the past year, she has travelled across the world for her movie Village Rockstars, which has won critical acclaim at all the festivals it has been screened at.

Village Rockstars is the story of a 10-year-old girl who yearns for an electric guitar to the screen. The movie has been written, directed, produced, shot and designed by Rima. The film opens with the children having fun as a rock band. As the story progresses, it captures the whole gamut of fun that these rural children are having despite living a life of poverty and deprivation.

How to Pick the best VPN in India for Your Needs?