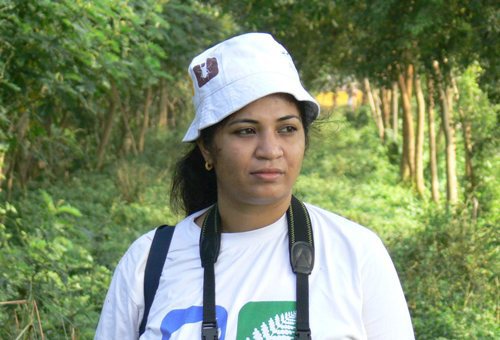 Noted environmentalist of Assam Purnima Devi Barman is all set to deliver a keynote address at the Birds of a Feather programme in Vancouver, Cananda on August 24.

She will give the keynote on her conservation work with greater adjutant storks in Assam, with active cooperation from village women.

The programme Birds of a Feather will be hosted by the Stewardship Centre for BC.

Purnima Devi Barman will deliver the address from 7-9 pm on August, 24.

She won the Whitley Award also known as the Green Oscars last May for creating an all-female network to save the Greater Adjutant stork, known in India as Hargila, and its wetland habitat in Assam.

The Hargila storks are large scavenger birds with a global population of 1,200, 75 per cent of which are found in Assam.

According to the International Union for Conservation of Nature (IUCN), their total population is estimated to be between 1,200 and 1,800 and around 800 birds are found in Assam and at least 156 birds in Bihar.