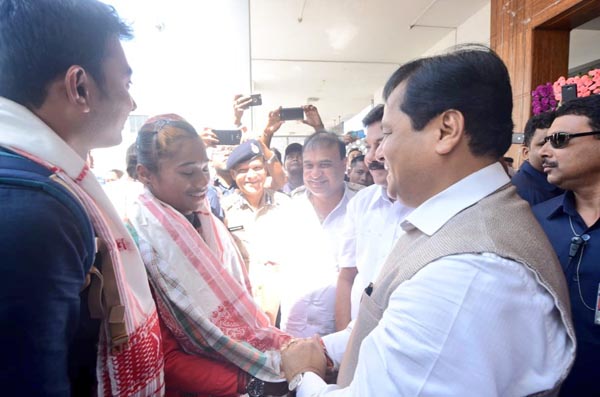 The airport has been specially decorated to welcome ‘Dhing Express’ Hima who had made the State as well as the country proud at the Jakarta Asian Games.

The entire stretch of the exit lane has been designed as a track lane to welcome the sprinter.

Notably, Assam Government will accord state felicitation to Hima Das later in the evening at the Sahankardev International Stadium at Kalakshertra in Guwahati.

The programme is scheduled to begin at 5 pm.

Hima Das will be awarded a sum of Rs 1.60 crore by the State Government at the function.

Today’s programme will also be graced by Arjun Bhogeswar Barua, the first Assamese to win a medal at the Asian Games.

Apart from Hima other athletes – Shiva Thapa, Promila Daimary, Ashmita Chaliha and Kavita Devi, who took part in the Jakarta Asiad, will also be provided Rs 5 lakh each.