55-year-old Manju Devi, who lives at Chandmari of Tezpur, is a granddaughter of freedom fighter Chabilal Upadhyay 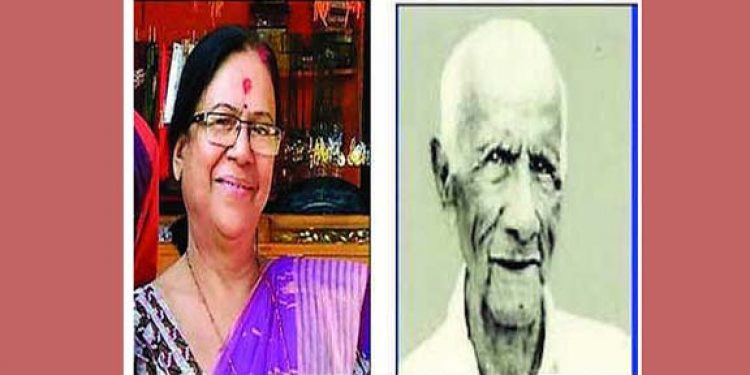 In a bizarre incident, the granddaughter of the first Congress president of Assam, Chabilal Upadhyay, has been tagged as ‘D’ (doubtful) voter.

According to a report published by TOI, 55-year-old Manju Devi lives at Chandmari area of Tezpur in Sonitpur district.

Manju Devi, a mother of two, is the granddaughter of freedom fighter Chabilal Upadhyay, who was the Assam’s first Congress president in 1921.

But even being a granddaughter of a freedom fighter, Manju devi was tagged as a ‘D’ (doubtful’) voter in 2005. She is yet to be freed from the tag.

It has been reported that neither the foreigners’ tribunal nor an RTI could provide any record to show why Manju Devi should be considered as a ‘D’ voter.

Manju Devi said the ordeal to prove herself as an Indian citizen has been painful.

The report quoted Manju devi as saying: “When you don’t know why you are being tagged as a ‘D’ voter, the mental torture increases. In the first list of the National Register of Citizens (NRC), my son and daughter were not included because of my ‘D’ voter tag. I came to a conclusion that it is because of utter negligence of the authorities that the problem remains unresolved even today.”

It may be mentioned that a large number of people from the Gorkha community have been tagged as ‘D’ voters.

Though most of the people tagged as ‘D’ voters belong to the Bengali-speaking Muslims and Bengali Hindus, many Gorkhas, Koch Rajbongshis and other ethnic groups have also been carrying the tag since long.

Due to the ‘D’ voter tag, these people have also failed to get their names included in the NRC, which is being updated under the direct supervision of the Supreme Court.

According to the report, out of the 7 Lok Sabha seats where there is a sizeable Gorkha population, Tezpur constituency has the highest number, at around 3 lakh.

In the remaining 6 Lok Sabha seats, the number of Gorkha voters ranges from 60,000 to two lakh.

The report quoted Assam Gorkha Sanmilan (AGS) secretary Dipak Nirola as saying that the frustration of the Gorkha people has increased manifold after the State government did not seriously pursue the implementation of a notification which was issued by the union ministry of home affairs (MHA) last year.

The report further quoted Nirola as saying: “An estimated 20,000 Gorkhas are still carrying the ‘D’ voter tag. When BJP came to power in the state in 2016, it promised that the issue will be resolved. But it seems like the BJP is not serious about solving the problem. Otherwise the government would have followed the MHA notification.”