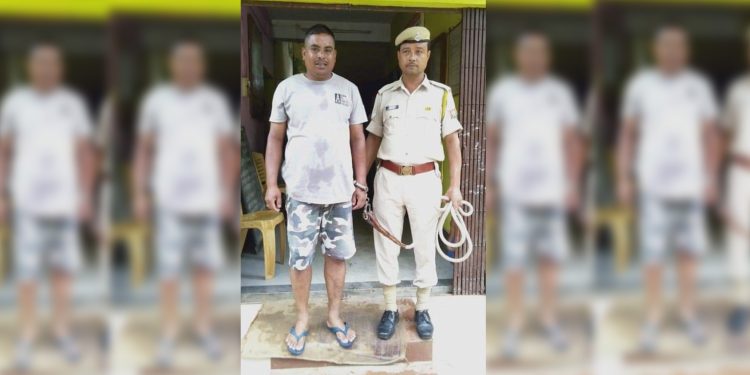 The incident took place on Sunday under Lahowal police station while the home guard was in duty on NH37.

The video where Gohain was seen demanding and collecting money went viral on social media.

In the video, Gohain was seen arguing with a fish carrying vehicle.

The video showed him saying that Rs 300 was fixed per vehicle and that it had to pay the amount.

In the video, it was clearly seen him taking money from the vehicle.

The incident has been widely condemned by social media users, and the policeman was criticised severely.

Dibrugarh SP Gautam Bora said that Sanjay Gohain was arrested on the basis of the viral video.

“We have launched an investigation against Gohain,” said the SP added.