The United Liberation Front of Asom-Independent (ULFA-I) on Saturday declared a unilateral ceasefire for three months with immediate effect.

“With utmost sincerity, we would like to inform the indigenous people of Assam that in view of the Coronavirus-induced situation, the ULFA (I) has decided to suspend its all military operations for the next three months with effect from today,” ULFA (I) commander-in-chief (C-in-C) Paresh Baruah said in a statement. 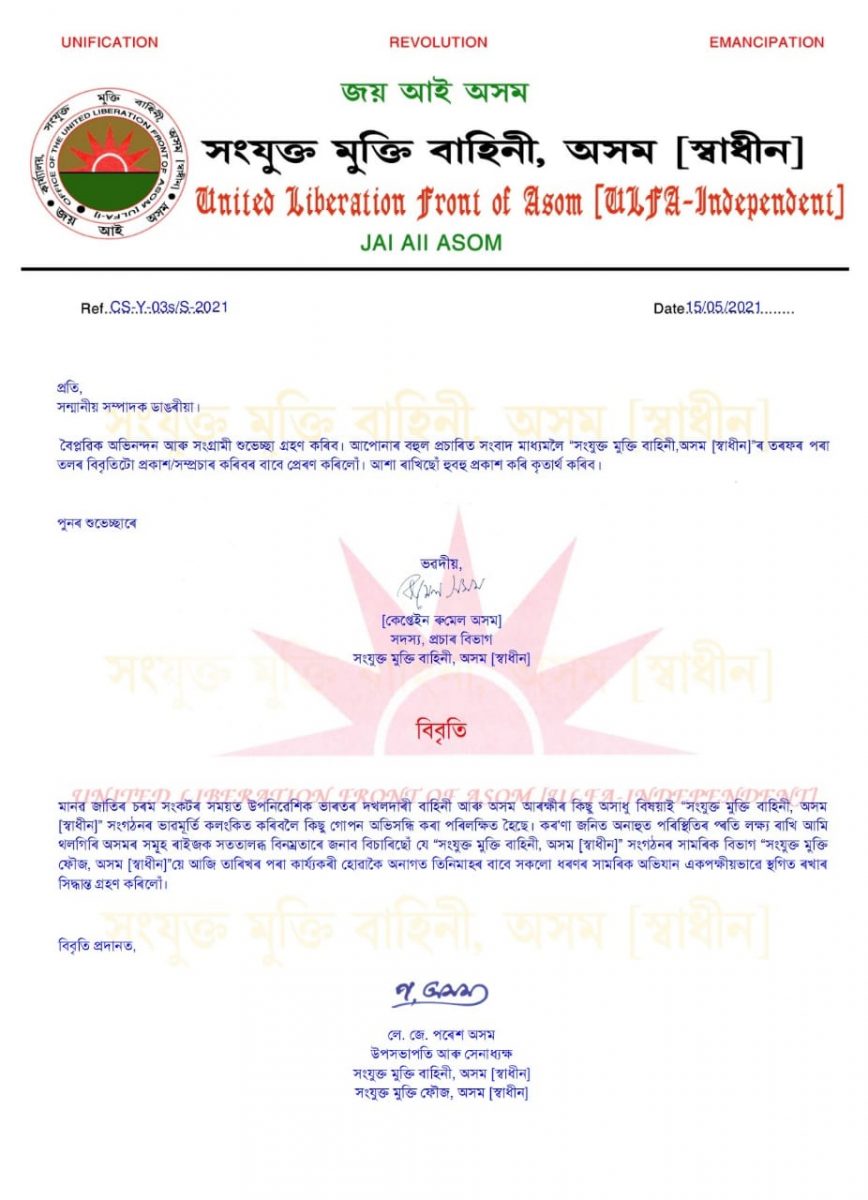 “A dialogue with the ULFA is a two-way traffic. Paresh Baruah has to come forward. Similarly, we have to go to him. If both sides have the will, communication won’t be difficult,” Sarma had said.

Baruah also alleged that a section of officials of the Indian security forces and Assam police have orchestrated a conspiracy to malign the image of ULFA (I).

Two people were killed and two others injured in a grenade blast triggered by suspected militants at Tingrai Bazar under Digboi police station in Tinsukia district on Friday.

While ULFA (I) denied responsibility for the blast, police officials suspect the incident was the handiwork of ULFA (I).