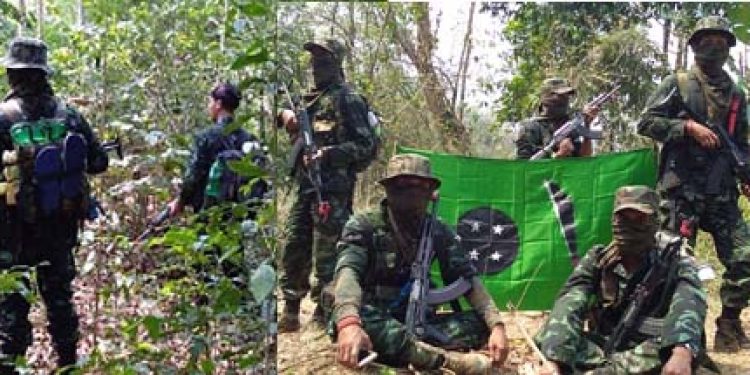 After an exchange of fire on Thursday morning between Dimasa National Liberation Army (DNLA) terrorists and a joint team of Assam Police and army, two cadres of the outfit were shot dead.

The ambush took place in Karbi Anglong district of Assam and during the operation, the joint team also recovered one AK series rifle, one M-16 rifle and a cache of other arms and ammunition.

In a tweet Assam ADGP (L& O) GP Singh said, “After an exchange of fire this morning between terrorists belonging to DNLA and a joint team of @assampolice and @adgpi, in Karbi Anglong district of Assam, two DNLA terrorists have been declared dead and one AK Series Rifle, one M-16 Rifle and ammunition have been recovered.”

The shooting down of the cadres follows the apprehension of four ULFA (I) cadres in Dibrugarh on Thursday.