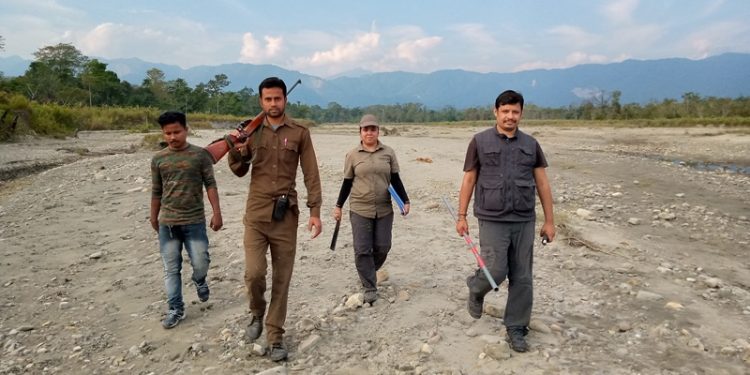 The tiger population in Assam’s Manas National Park (MNP) has increased to 48 from 30 last year.

A survey conducted by the authorities recorded the presence of 48 tigers in the National Park and Tiger Reserve, of which 38 were adult tigers, three sub-adults and seven cubs.

Among the adult tigers, 21 are female, 16 male and the sex of one adult tiger remained unidentified.

The survey also recorded 37 leopards in Manas Tiger Reserve of which 31 were adults and six sub-adults.

Besides, other elusive mammals such as the Himalayan Serow (Capricornis sumatraensis) and Goral (Naemorhedus sp.) were recorded for the first time from Manas Tiger Reserve during the survey.

The annual survey in Manas using camera-traps is led by the Field Director, MTR and supported by Aaranyak and WWF India and has been continuing since 2010 in Manas for monitoring the tigers, co-predators and prey animals, with constant support from various donors and collaborators.

The extensive systematic camera trapping survey was carried out, for the first time in Manas Tiger Reserve covering the Manas National Park, First Addition to Manas National Park and Barnadi Wildlife Sanctuary, with a trapping effort of 8388 trap-days in approximately 876 sq. km area.

“With each passing year, Manas is adorning new feathers to its cap. This time Manas Tiger Reserve” has been successful in three-fold increase in tiger number in the last ten years (2011-2021),” said Aranyak, a society for biodiversity conservation, in a statement.

This is an outcome of the continuous efforts of the Manas Directorate, and the conservation organisations who have been working ardently, it said.

This year Manas is celebrating the 12th year of collaboration with Aaranyak and WWF India for the annual camera trapping survey dedicated to assessing the population status of tigers in the area, said the statement.

Moreover, to ensure stringent protection a patrolling team, “Manas Tiger Teams” was formed and provided capacity building trainings to patrol in the eastern range of the park (Bhuyanpara Range).

“Better management and protection measures have resulted in an increase in tigers in Manas, which is a positive sign. But in coming years, the focus should be given on the management of the prey base, so that deaths due to infighting don’t take place”, said Dr. Bibhab Kumar Talukdar, CEO, Aaranyak.

M Firoz Ahmed, Scientist F and Head, Tiger Research and Conservation Division, said, “Manas is a unique landscape that offers tremendous scope for conservation of Tigers and other biodiversity in a transboundary conservation landscape.”

“The future of conservation of the landscape lies with both India and Bhutan as the forest on either side of the international boundary complements with each other, which was proved by new understandings of how individual tigers share transboundary space,”  he said.

“Over time we have seen a potential increase of the breeding females and cubs signify that now Manas proved to be a healthy breeding ground for the booming tiger population,” Lahkar added.