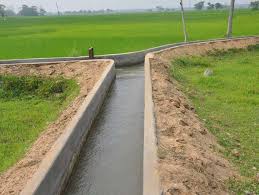 An irrigation dept scam. (image for representational purpose only)

The sleuths of Criminal Investigation Department (CID) of Assam police have arrested three contractors in connection with the Rs 270 crore irrigation scam.

Laskar was arrested by CID on October 21 from Guwahati.

Three contractors from Udalguri were summoned to CID Headquarters in Guwahati and were arrested after questioning.

The scam reportedly took place in the irrigation department in 2011 when Congress was in power in the state.

Mathur Chandra Nath, an irrigation department employee, who committed suicide on November 26 in 2012, in a 22-page suicide note, alleged that Laskar had pressurized him to collect fund from contractors.

Following Nath’s suicide, a case (no. 1651/12) was registered at Tezpur police station under section 306 (abetment of suicide) 506 (criminal intimidation) 34 (Acts done by several persons in furtherance of common intention) of the IPC.

The case was registered after Prasanta Nath, son of Nath, lodged a complaint against Laskar and others with Tezpur police station.

Later the Gauhati High Court based on a writ petition had ordered the CID to look into the case.

“The three contractors of Udalguri–Bhraman Baglari, 50, Angshuman Sutradhar, 39, and Gopal Khatowal, 49, were summoned for recording their statements and were arrested as they were named in the suicide note,” Mridulananda Sarmah, DIGP, CID told Northeast Now.

They were produced before the Tezpur CJM’s court which remanded them in four-day CID custody, Sarmah said.

“A total of eight persons including the former Congress legislator have been arrested so far and a few others are likely,” he added.

The suicide note of Nath had stated that he had taken Rs. 26 lakh from five individuals to get contract works.

This money was then forwarded through three middlemen to Enamul Haque Laskar, who was also an officer on special duty (OSD) of the irrigation department at that time.