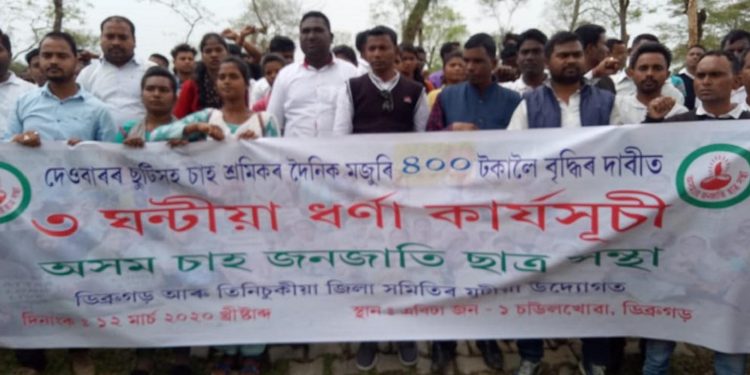 The ATTSA members raised slogans against the tea industry and the BJP-led government and demanded a wage of Rs 400 per day.

“Rs 400 per day wage is our long-pending demand and the government has not paid any attention to it,” the agitating workers said.

“Several promises were made during the elections. However, nothing has been fulfilled until now,” they said.