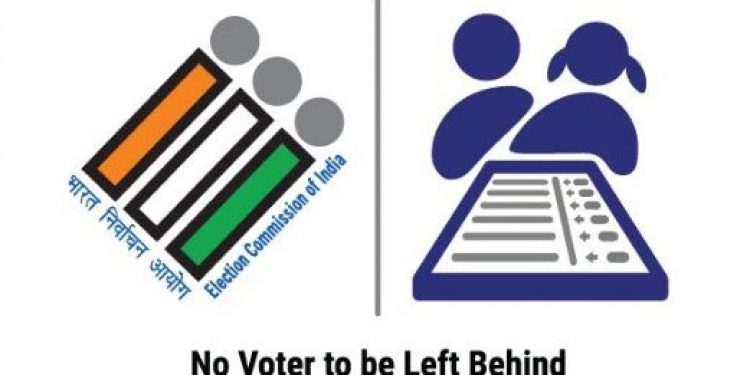 In order to ensure maximum turnout during the upcoming polls, the SVEEP (Systematic Voters Education and Electoral Participation) Cell under Tezpur Election district of Assam has been carrying out several voter awareness programmes all over Sonitpur district.

The officials appealed to the people to come out in large numbers and exercise their right to vote.

Moreover, a street play was also performed with the aim to create awareness among the people about voting through EVMs and VVPATs, and the need to register themselves as voters on obtaining 18 years of age.

A Bihu dance was also performed on the spot by a troupe to attract the crowd.

A demonstration on the working of EVMs and VVPATs was also given in the Hugrajuli market area for the public.

A team from the local CRPF battalion also took part in the awareness drive. CRPF official Sudhan administered an oath to the local people present at the programme.