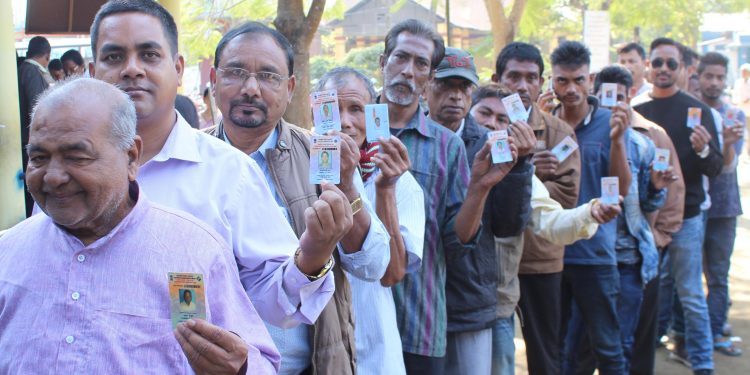 Voters stand in queue to cast their votes during the first phase of Assam panchayat election polling at Sivsagar on December 5, 2018. Photo by UB Photos

The State Election Commission vide an order issued on Thursday has directed fresh polling for two polling stations under Sivasagar Election District namely, No 84 Kukurachua LP School and No 89 Purani Lunpuria LP School (Ka) under No 13 Dupdor ZPC which will be held on December 7, 2018 (Friday) during the hours from 7 am to 3 pm.

The Commission viewed that the poll taken on December 5, 2018  (Wednesday) at the said two polling stations was vitiated to such an extent that results of the poll there could not be ascertained.

The order was also issued in pursuance of the communication made by the Election Observer for Sivasagar, Bharat Bhushan Dev Choudhury, ACS, recommending fresh poll for the same polling stations.