Over 45 cases were registered against Bubu Konwar in different police stations across Assam, including a case under NSA. 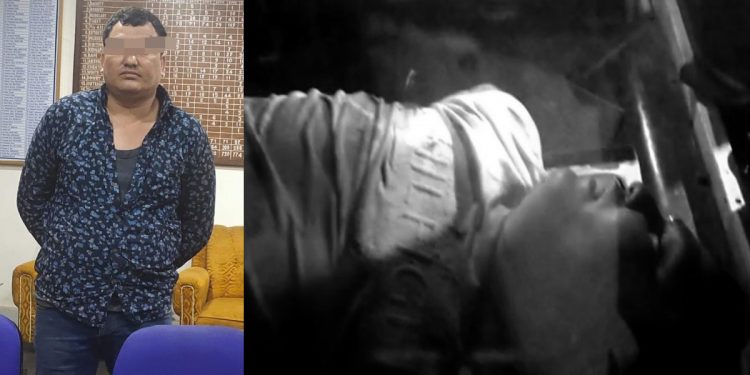 The Sivasagar Police in Assam has gunned down dreaded criminal, Bubu Konwar, in the district’s Geleky area.

45-year-old Bubu Konwar was shot down by the Sivasagar Police in an encounter after he was cordoned off in Geleky.

Konwar was shot dead by the police after he tried to flee from the spot.

Bubu Konwar, a dreaded criminal, had as many as 14 cases registered against him in different police stations in Sivasagar district alone, including a murder case.

Sivasagar Superintendent of Police – Rakesh Raushan informed that the police launched an operation to nab Konwar after receiving specific input about him being present in Geleky for an arms deal.

“Konwar and another person were travelling in a two-wheeler in Geleky, when the police asked the duo to stop. But they opened fire on the police team. In retaliatory firing by the police, Babu Konwar sustained bullet injury and was declared brought dead by the doctors in Geleky civil hospital,” the Sivasagar SP informed.

“One 7.65 mm pistol, one magazine, five live ammunitions, some fired cases of bullet and a scooter have been recovered from the encounter site,” he added.

Meanwhile, Bubu Konwar’s accomplice managed to escape from the spot.

According to reports, Konwar was booked under National Security Act (NSA) in 2013 and over 45 cases in total were registered against him in different police stations across Assam.

Bubu Konwar was arrested by the Jorhat Police in March in connection with a drug dealing case. Contraband items were recovered from his possession then.