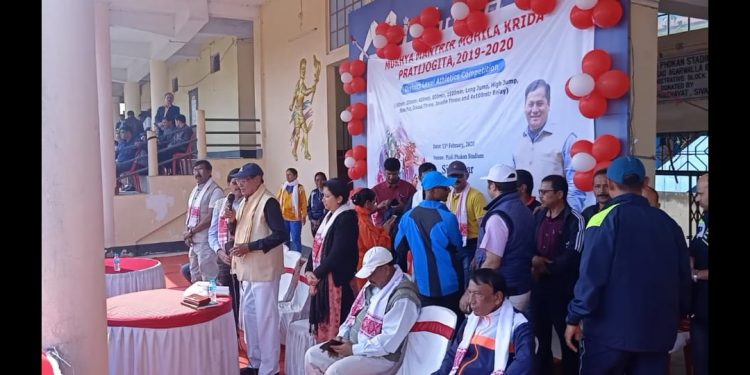 The selection trials to pick the Sivasagar district team of Assam for the Mukhya Mantrir Mahila Krira Pratiyogita (women athletics championship) was held on Thursday at Piyoli Phukan Stadium in Sivasagar.

Attending the inaugural function, eminent athlete and Arjuna awardee Bhogeswar Baruah lauded the initiative and envisaged that this will definitely boost the spirit of the women athletes of the district and encourage them to excel in the field of sports.

“The women athletes of the district have tremendous potential to shine in the sporting arena- be it national or international”, asserted the veteran athlete.

“A total of 12 players will be selected from these competitions for participating in the state level Mukhya Mantrir Mahila Krira Pratiyogita to be held on February 16 and 17 next at SAI Sports Comple in Guwahati,” informed district sports officer of Sivasagar, Sanjay Upadhyaya.

As many as 120 players participated in the competitions.

There was no age bar fixed for the participants in the competitions.