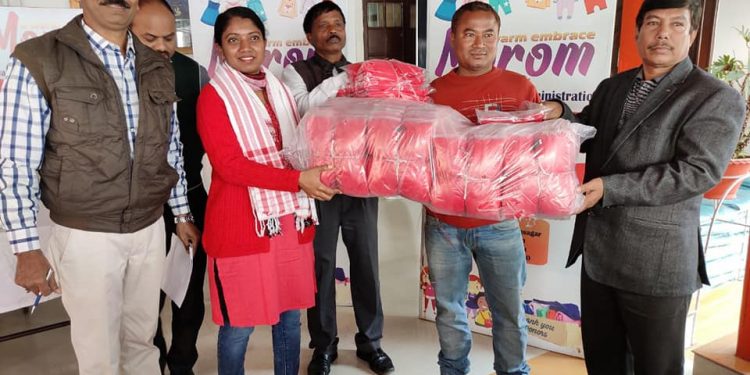 The distribution programme was held at the Circuit House under ‘Project Morom’.

‘Project Morom’ is an initiative under the ambitious ‘Mission Soulful Sivasagar’ to help the needy with clothes and other basic essentials.

The deputy commissioner under integrated child development scheme, distributed 610 mats to the supervisors of the anganwadi kendras.

Apart from these, 1727 sweaters were distributed for the needy children of the primary schools under four education blocks.

Notably, under the initiative and stewardship of the deputy commissioner, clothes and other materials are being distributed from time to time under ‘Project Morom’ of Soulful Sivasagar.

Under this project, notebooks, pencils, biscuit, socks, sweaters, mats and the likes are being distributed among needy children of anganwadi kendras and primary schools of the district.

Such noble initiative of the deputy commissioner has garnered much appreciation and accolades from the general people.