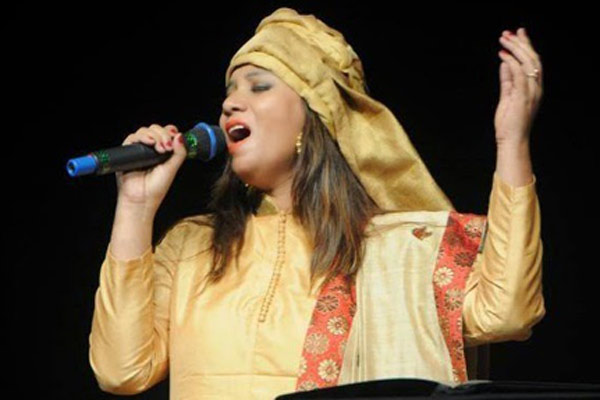 Folk singer from Assam, Kalpana Patowary, who is known as the ‘Bhojpuri Queen’ has joined BJP.

The singer officially joined the saffron party in Patna on Friday, in the presence of BJP National President Amit Shah and Deputy Chief Minister Sushil Modi.

The ceremony took place at Bapu Sabhagarh in Patna. This is the first time that Kalpana Patowary has joined any political party.

Patowary said that she was impressed by Prime Minister Narendra Modi’s vision and leadership. “I have not joined BJP for contesting elections as of now, but I am ready to help out the party in every possible way by serving the country through my art.

Even though I have joined politics, my field of work will be the same – that is my music and more importantly – archiving our folk musical heritage,” she said.

Kalpana, who made her foray into Bollywood in 2014, promotes cultural and linguistic diversity of India working assiduously in 30 Indian dialects and languages of over 10000 songs.

Born in Lower Assam’s Barpeta district, Kalpana is a disciple of Ustad Gulam Mustafa Khan and has been influenced by music maestro Bhupen Hazarika.

A graduate in English literature from Cotton College and Visharad in Indian Classical Music, Lucknow in 1996, Patowary started publicly performing at the age of four.

Although she has many folk and popular songs to her credit, Bhojpuri music has been her most dedicated foray.

She has lent her voice to numerous films in different languages including Hindi, Tamil, Marathi and Bengali besides Bhojpuri and Assamese, which is her mother language.