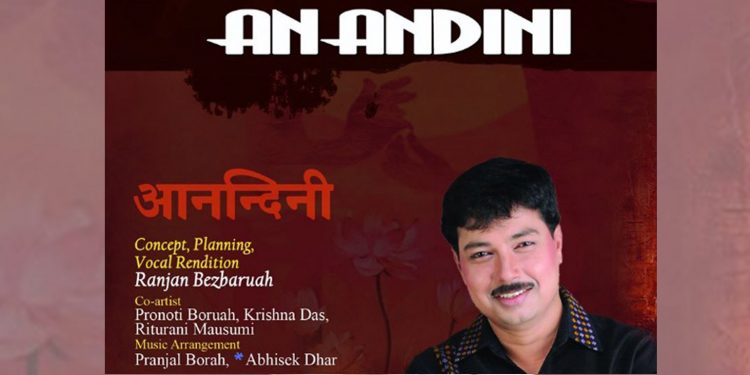 A Sanskrit teacher and singer from Assam, Ranjan Bezbaruah, has given a Sanskrit makeover to the national anthem of Bangladesh.

Bezbaruah has already translated scores of Assamese, Hindi and Bengali songs into Sanskrit and sung them.

Bezbaruah has included the Sanskrit version of the national anthem of Bangladesh in his 11-song album released on Tuesday.

The Hindu reports that Ranjan Bezbaruah negates any political motive behind accommodating the Sanskrit version of ‘Aamaar Shonar Bangla’, the national anthem of Bangladesh, in his album.

In his new album, Bezbaruah has also accommodated the state anthem of Assam ‘O Mor Aaponaar Dex’, which was written by Lakshminath Bezbaroa, who revolutionised modern Assamese literature,.

The report quoted Bezbaruah as saying: “Bhupen Hazarika, who called himself a cultural nomad, believed in building bridges between communities and countries divided by political boundaries. Besides, he was and is as popular in Bangladesh as he is in Assam and elsewhere in the country.”

The two anthems on either side of the Assam-Bangladesh border feature alongside some of Bhupen Hazarika’s popular compositions as well as two of A.R. Rahman’s hit songs.

The songs of A.R. Rahman, which have featured in the album, are ‘Bharat Humko’ (Bharatam Hi Nah) and ‘Dil Hai Chhota Sa’ (Hrin Me Laghutaram).

Bezbaruah has sung the songs along with Pronoti Baruah, Krishna Borah and Riturani Mausumi.