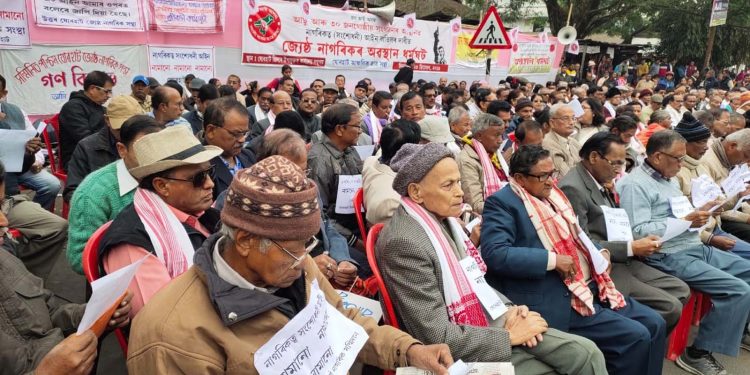 Thousands of senior citizens congregated in front of the Jorhat deputy commissioner’s office on Monday and protested against the Citizenship Amendment Act (CAA), 2019.

The demonstration by the elders, which began at 11 am, was organised under the aegis of the Jorhat unit of All Assam Students’ Union (AASU), backed by 30 other ethnic organisations.

Meanwhile, members of the Ujoni Asom Pratibandhi Suraksha Parishad took out a procession through the main roads of Jorhat town.

During the rally, the protestors, holding posters and placards, shouted slogans against the CAA.

Bordoloi said it was condemnable that the government had adopted a policy of domination, division and sops to the artistes to break up the protest.

AASU Central Committee member Jul Khound also said it was a matter of shame that the aged and infirm had to take to the streets in this extreme cold to protest against the government’s policy.